BUSAN, April 18 (Yonhap) -- A court on Monday suspended Pusan National University's decision to nullify its 2015 acceptance of former Justice Minister Cho Kuk's daughter into its medical school for having used forged documents on her application.

The school in the southeastern port city of Busan made the decision earlier this month to cancel Cho Min's admission to its Graduate School of Medicine after the Supreme Court convicted her mother in January of forging some of the documents used in the daughter's application.

Cho Min immediately filed lawsuits seeking to suspend and ultimately cancel the decision, claiming that the school's internal probe found the forged documents had no influence on her admission and that nullifying the admission entirely is too harsh a penalty.

"It is recognized there is an urgent need to prevent the irrevocable damage that would be caused by the decision to cancel the admission," the court said, suspending the school's decision until the 30th day after a court makes a decision in the main lawsuit.

Cho Min entered Korea University in 2010 and graduated in 2014. She was then admitted to PNU's medical school in 2015 and passed the state medical licensing exam in January of last year.

Citing falsehoods in her high school records submitted for admission, Korea University also nullified her 2010 admission earlier this month while the health ministry has been in a process to decide whether to revoke her medical license based on the PNU's decision.

The 2019 scandal involving the family of Cho Kuk, considered then one of the closest confidants of President Moon Jae-in, ended up sharply dividing the nation, prompting massive rallies both in support and against his justice minister nomination. He left office just 35 days later. 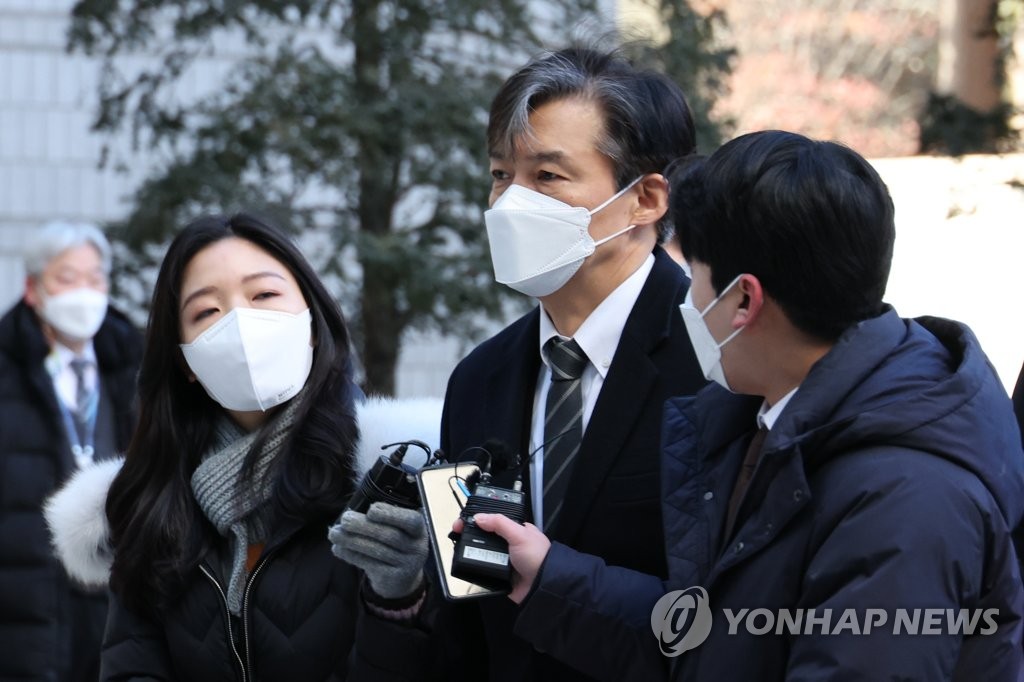