SEOUL, April 18 (Yonhap) -- North Korea has been mobilizing thousands of troops and military hardware at a Pyongyang airport in an apparent sign of "full-fledged" preparations for a military parade, an informed source said Monday.

In recent weeks, the North has been seen making such preparations at the Mirim airport as it is set to celebrate the 90th founding anniversary of the Korean People's Revolutionary Army on Monday next week.

Thousands of troops have been spotted apparently training for the parade, the source said, noting that up to 20,000 personnel could show up when the event actually takes place.

Among the military equipment mobilized were tracked vehicles like armored cars and transporter erector launchers (TELs), the source said.

The North's preparations for the parade came amid concerns it could engage in provocations in time for the key anniversary or during the nine-day South Korea-U.S. military training set to run through April 28.

Meanwhile, tensions flared anew following the North's weekend test of what it claims to have been a new tactical guided weapon.

The South Korean military has characterized it as a ballistic missile given its outer appearance, trajectory and other features, a Seoul official said.

"Whether that be artillery or a multiple rocket launcher, what goes into it is a ballistic missile," the official told reporters on condition of anonymity.

His remarks came after the Voice of America cited a Pentagon spokesperson as saying the North had tested a "long range artillery system." 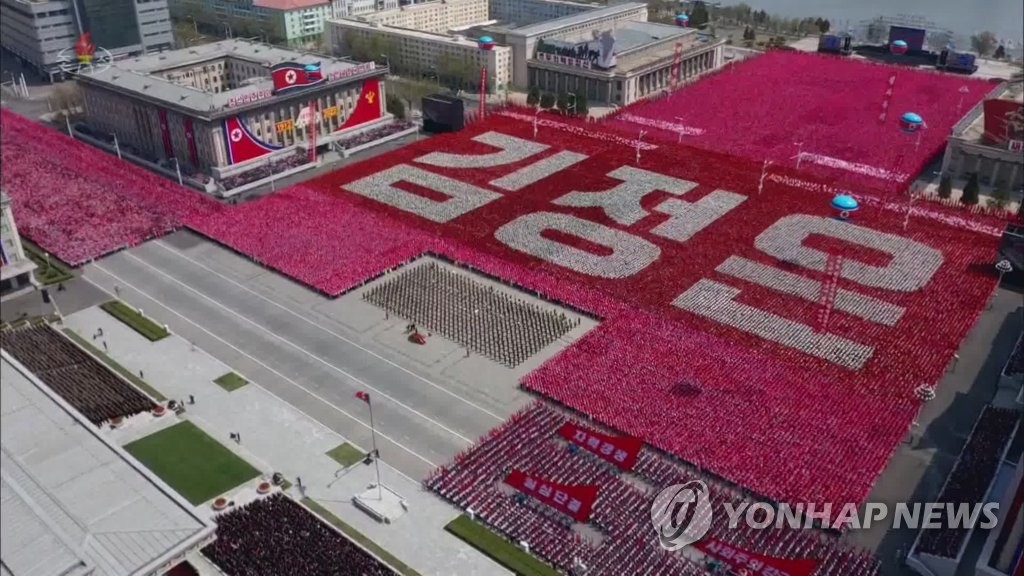