SEOUL, April 18 (Yonhap) -- The South Korean government called Monday on North Korea to cease tension-escalating activities and return to dialogue, a day after the report of the secretive country's latest key weapons test.

"North Korea should immediately halt activities that create tensions on the Korean Peninsula and lead to instability in the regional political situation," Cha Duck-chul, the unification ministry's acting spokesperson, told a regular press briefing. "(We) once again urge (the North) to come out to the dialogue table for peace as soon as possible."

The ministry, which handles inter-Korean affairs, is closely monitoring the North's moves and making every effort for the management of the situation, Cha said.

The two Koreas held their regular phone call via a liaison hotline as usual Monday morning, he added.

The North's latest launch marked its 13th known flight test of projectiles this year, and the first since it fired what it claimed to be a Hwasong-17 intercontinental ballistic missile last month.

It also came just before the start of the springtime combined military training of South Korea and the United States. 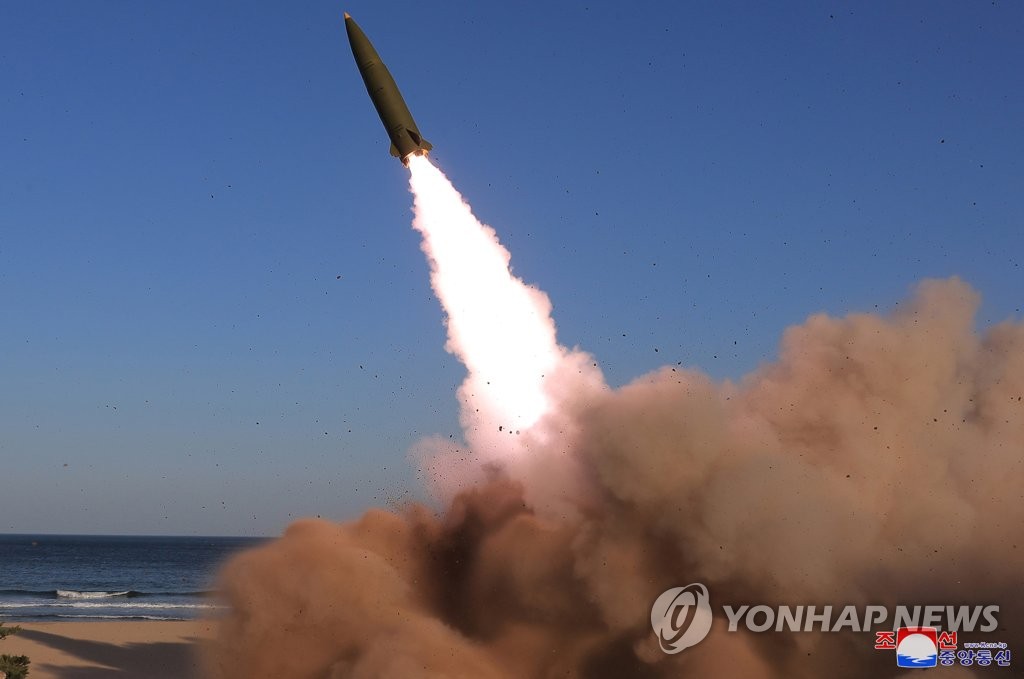