(ATTN: UPDATES with remarks from a Pentagon spokesperson in last 9 paras; ADDS photo)
By Byun Duk-kun

WASHINGTON, April 18 (Yonhap) -- The United States is willing to listen to any concerns North Korea may have but only if North Korea engages in dialogue, a Department of State spokesperson said Monday, urging Pyongyang to return to diplomacy.

Ned Price also reiterated the North will continue to face consequences until it ceases its escalatory actions.

"We are willing to listen to the full range of the DPRK's concerns, but this can only happen through dialogue and the DPRK has not yet given any concrete indications that it is open to this dialogue," the department spokesperson said in a press briefing, referring to North Korea by its official name, the Democratic People's Republic of Korea.

The remarks come after North Korea said it has successfully conducted a test of a "new tactical guided weapon" that it said will help improve the efficiency of tactical nuclear operations.

"We are closely monitoring the situation on the Korean Peninsula and we have warned of the possibility of additional potential provocations from the DPRK," Price told the press briefing. 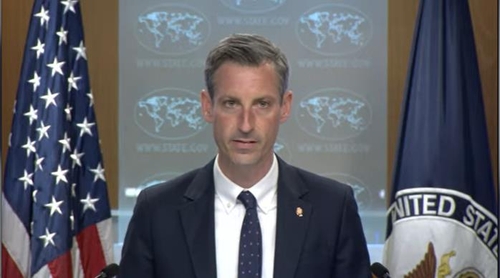 Pyongyang has staged more than a dozen rounds of missile tests this year that included its first firing of an intercontinental ballistic missile (ICBM) since November 2017.

Price said the U.S., together with its allies and partners, has taken a "series of diplomatic, economic and military measures" to condemn North Korea's recent missile provocations, adding, "Our actions are intended to make clear to the DPRK that its escalatory behavior has consequences. Those consequences will continue as long as the DPRK continues with its provocations."

"These launches, these tests have demonstrated that the DPRK continues to prioritize its WMD and ballistic missile programs at the expense of regional and international security," said Price.

North Korea has avoided denuclearization talks with the U.S. since late 2019. It has also remained unresponsive to any U.S. overtures for dialogue since the Joe Biden administration took office in January 2021.

"We have, in all of those engagements, sought to make very clear to the DPRK that the door to diplomacy is not closed. That it does remain open, but that the DPRK needs to cease its destabilizing actions and instead choose the path of engagement. Something it has not yet done," said Price, referring to U.S. discussions with South Korea, Japan and other allies.

The department official also underscored the importance of engaging with other regional stakeholders, including China.

"We have engaged not only with our close allies -- Japan and the ROK -- but also with other stakeholders, including regional stakeholders and, of course, the PRC is an important regional stakeholder," he said. "It's important that we continue to engage partners like the PRC on this, given that the PRC does wield a good degree of leverage with the DPRK." 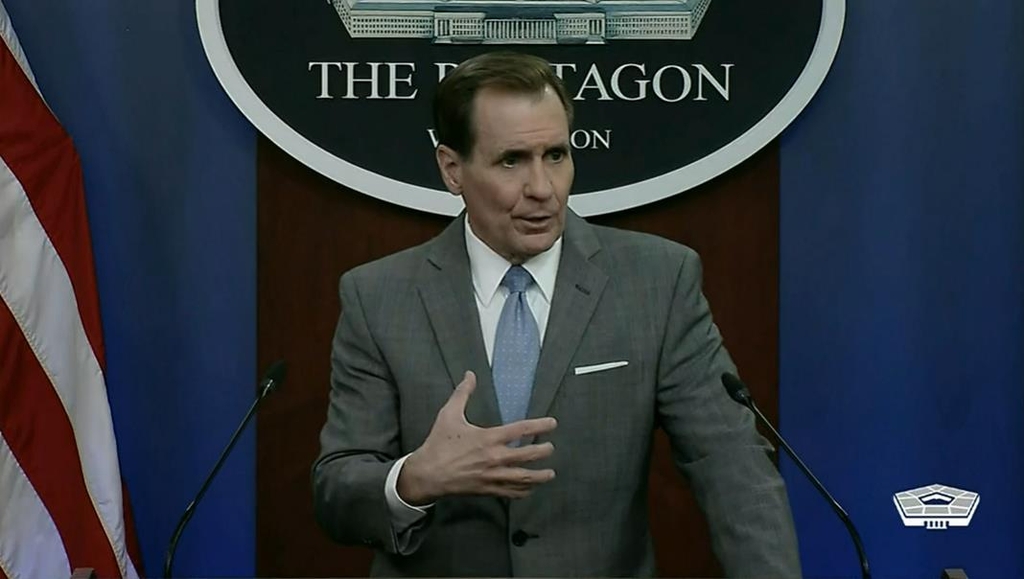 "We continue to call on North Korea to cease these provocations and we consider them provocations, and to be willing to sit down in good faith and have a diplomatic discussion about how we denuclearize the Korean Peninsula, which remains our goal," he said in a press briefing at the Pentagon.

"We still believe, here at the Department of Defense, that the best way to pursue the denuclearization of the peninsula is through diplomacy," he added.

The Pentagon spokesperson said the U.S. was still analyzing North Korea's latest missile test but that its tests are aimed at developing capabilities that will threaten others in the region, including South Korea.

"I think what I would say is North Korea continues to pursue a ballistic missile program and nuclear capabilities that at least we think they believe will help intimidate and threaten our allies and partners in the region, and that includes the rest of the Korean Peninsula," he said when asked to evaluate North Korea's nuclear and missile capabilities.

Kirby reaffirmed U.S. commitment to the defense of South Korea and other U.S. allies in the region, saying, "We have significant treaty obligations and we take those obligations seriously."

He also reaffirmed U.S. commitment to dialogue with the North, but said the country remains unresponsive.

"We have said repeatedly that we are willing to sit down with Pyongyang, (with) no preconditions, to begin to have discussions about the denuclearization of the peninsula," said Price.

"To date, rather than showing any willingness to sit down in good faith and negotiate and talk and use diplomacy, the North continues to conduct tests," he added.

(LEAD) U.S. will listen to N. Korea's concerns but only through dialogue: State Dept.

(LEAD) U.S. will listen to N. Korea's concerns but only through dialogue: State Dept.