Six members of the septet -- Jin, Jimin, V, J-Hope, Jungkook and Suga -- arrived at Incheon International Airport in Incheon, about 40 kilometers west of Seoul, in the early hours of the day.

Their return came three weeks after they left for the United States on March 28.

The singers in masks then silently walked out of the airport, occasionally waving to fans who had been waiting there since early in the morning.

Team leader RM did not travel with them. He reportedly is scheduled to stay longer in the U.S. 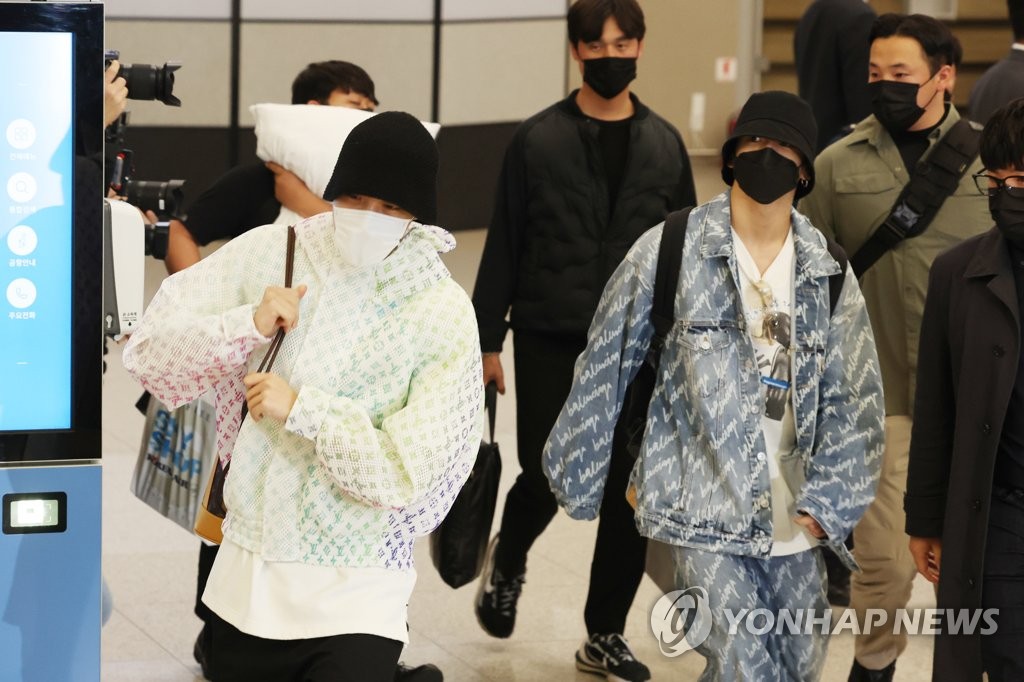 While in Las Vegas, BTS took the stage at the 64th Grammy Awards as a performer and held four "Permission to Dance on Stage - Las Vegas" live concerts at the 65,000-seat Allegiant Stadium, while streaming the last one online to an even larger audience. The group was also nominated for best pop duo or group performance at the Grammys but left the ceremony empty-handed.

After taking some rest, BTS is expected to begin working on a new album.

Big Hit Music, the group's management agency, said in a statement posted on Weverse that the K-pop giants will be back with a new album on June 10.

The group also unveiled the schedule on the last day of its Las Vegas concerts on Saturday (U.S. time), showing the phrase "We Are Bulletproof" on the screen at the very end of the event, with the date "2022.6.10."

The scheduled release of a new album roughly coincides with the septet's ninth anniversary of its debut on June 13.

The group has annually celebrated its debut anniversary with fan meetings, concerts and other special events for one or two weeks.

Although details of the new album have yet to be unveiled, industry insiders say it could be a new full-length album as the agency said last year that the forthcoming album will "open a new chapter" in the group's career.

It will be BTS' first official release since its second English single "Butter" in July last year, which sold nearly 2 million copies in its first week of release.

The last full-length album from BTS was its fourth, "Map of the Soul: 7," which dropped in February 2020. 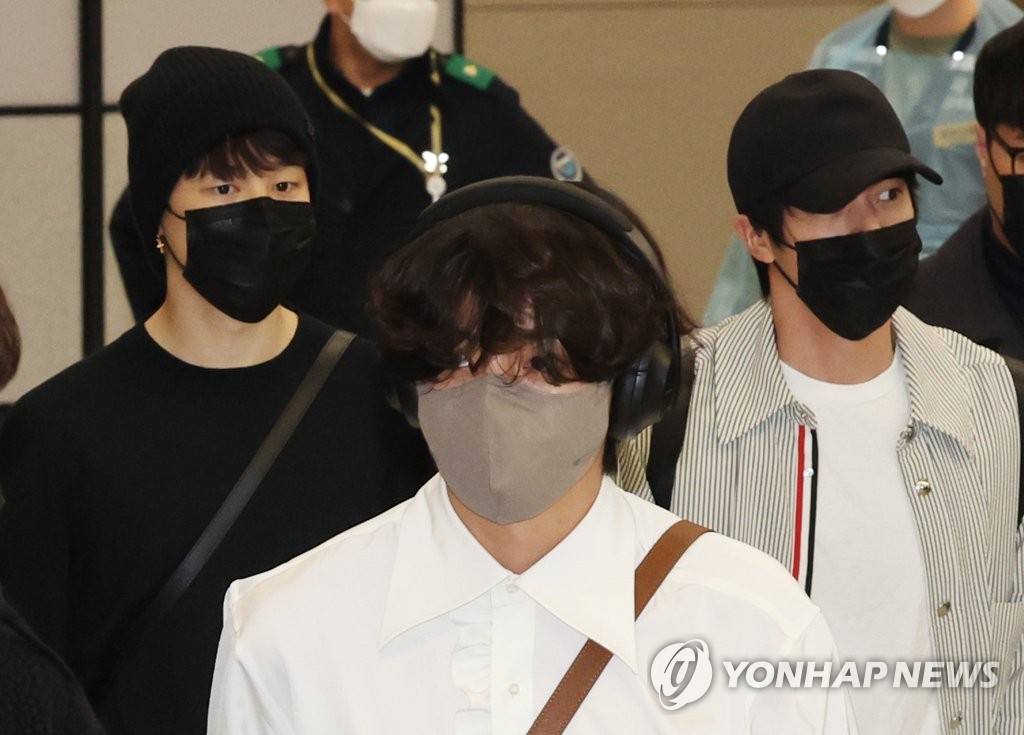