Two Russian planes flew into the KADIZ on March 24, prompting South Korea's military to scramble its fighters to prevent their approach to the country's airspace, according to the official.

The incident came just hours before Pyongyang test-fired an intercontinental ballistic missile (ICBM) into the East Sea -- a launch that ended its yearslong moratorium on nuclear and ICBM testing.

The Russian warplanes flew in the KADIZ northwest of South Korea's Ulleung Island in the East Sea at around 11 a.m. and moved out of it 30 minutes later.

A day earlier, a Chinese military plane also entered the KADIZ near Ieo Islet, a submerged rock south of South Korea's southern resort island of Jeju. The official said the area was where the air defense identification zones of South Korea and China overlapped.

The air defense zone is not territorial airspace but is zoned off to request foreign planes to identify themselves to prevent accidental clashes. 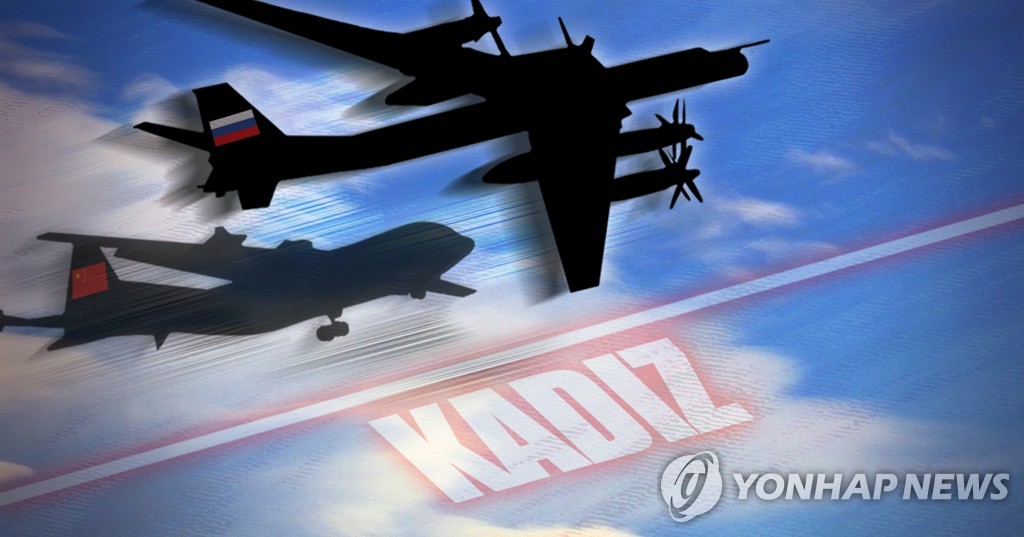