SEOUL, April 19 (Yonhap) -- The Korean film industry saw its sales increase more than 50 percent in the first quarter of this year from a year earlier as three highly anticipated local titles enjoyed decent successes for films released during the COVID-19 pandemic.

Industrywide sales reached 113.5 billion won (US$91.9 million) in the first three months of this year, up 52 percent from the same period a year ago, according to the report by the Korean Film Council (KOFIC). 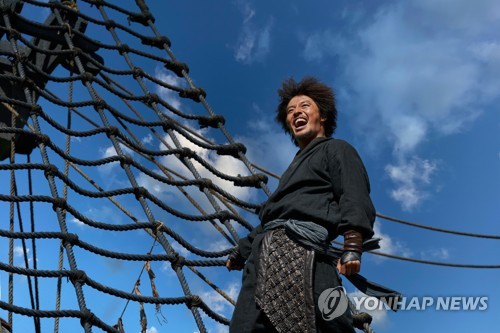 The KOFIC said the box-office successes by three big-budget Korean films released in the first quarter helped keep numbers up.

The fantasy action blockbuster "The Pirates: The Last Royal Treasure," the political drama "Kingmaker" and the crime drama "The Policeman's Lineage" collected 1.33 million, 780,000 and 680,000 moviegoers, respectively, leading sales of the film industry and the box office.

Only a small number of Korean films were released in the first quarter of 2021, and none of them sold more than 500,000 tickets as the country went through the third wave of the novel coronavirus.

However, in March alone, the total sales of the film industry fell 12.7 percent from the previous month to 27 billion won, while the number of viewers fell 14.6 percent to 2.79 million.

Compared with the same month last year, sales and the number of viewers fell 10.5 percent and 14.2 percent, respectively. 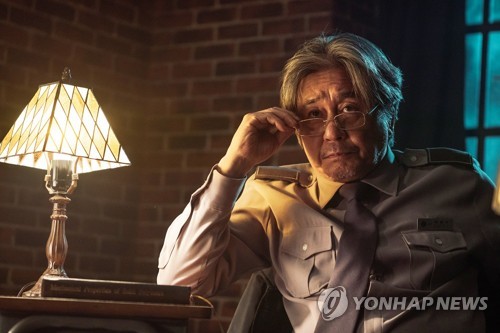 The council attributed the decline to the commercial failures of new releases, such as the Hollywood blockbusters "The Batman" and "Moonfall," as well as "In Our Prime" and "Hot Blooded," both Korean titles.

Korean films accounted for 30.2 percent of the market share in March, lagging behind non-Korean films for seven consecutive months, the report showed.