SEOUL, April 19 (Yonhap) -- The office of President-elect Yoon Suk-yeol on Tuesday denied the media's characterization of the health minister nominee as a Yoon friend of 40 years amid mounting allegations he used his position to get his children into a medical school.

The nomination of Chung Ho-young, a former chief of Kyungpook National University Hospital, as health minister has become a hot issue after allegations surfaced he used his position to help his daughter and son gain admission to the university's medical school and exempt his son from active duty military service.

While the ruling Democratic Party (DP) has been demanding the president-elect withdraw the nomination, Yoon's office has rejected such calls, saying whether Chung is fit for the job should be determined after his confirmation hearing. 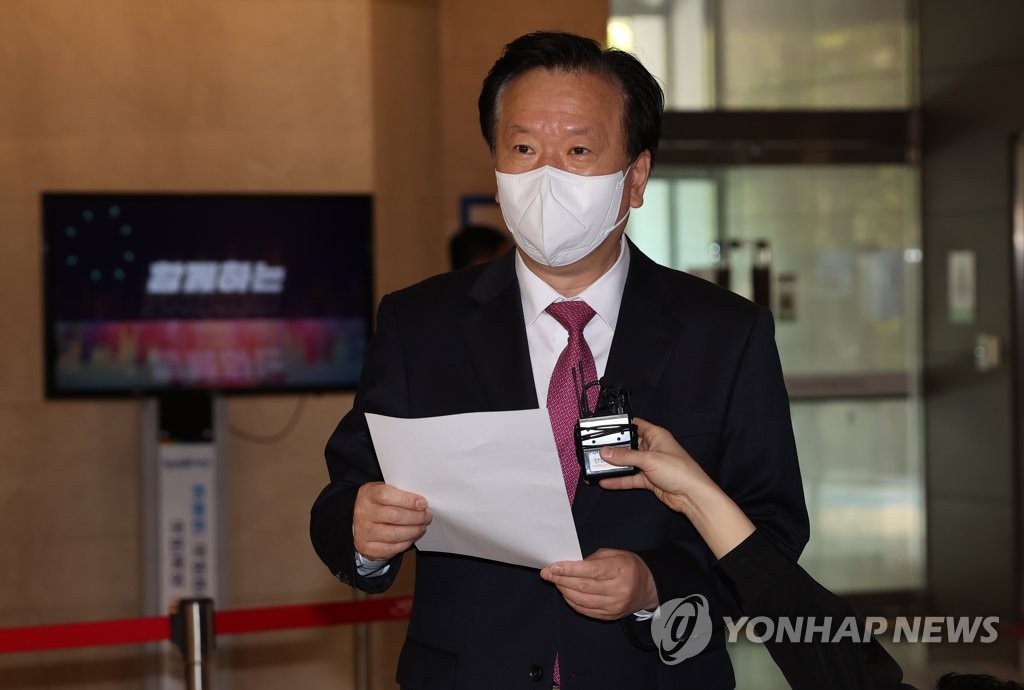 On Tuesday, Yoon's spokesperson, Bae Hyun-jin, denied media reports Yoon and the nominee have been appreciative friends for 40 years in what is seen as an effort to dispel speculation Yoon made the nomination due to his personal relations.

"It is a misinformed fact," Bae said.

Bae said Yoon's office is watching whether there are issues that do not match the public's eye, not only in the context of legal responsibilities but also in moral and ethical contexts.

"It is at the confirmation hearing at the National Assembly where the nominee needs to step forward to the people and explain with accurate information," Bae said.

Since the allegations surfaced, Chung has apologized for causing public concerns but dismissed any wrongdoing. The nominee on Tuesday renewed his stance, saying he would welcome investigations to clear allegations if necessary.

Chung requested the education ministry and the university to conduct an audit into the allegations.

"So far, no illegal or wrongful activities have been found in any allegation that was raised," Chung told reporters. "I strongly welcome the education ministry's audit and hope it can be conducted as soon as possible." 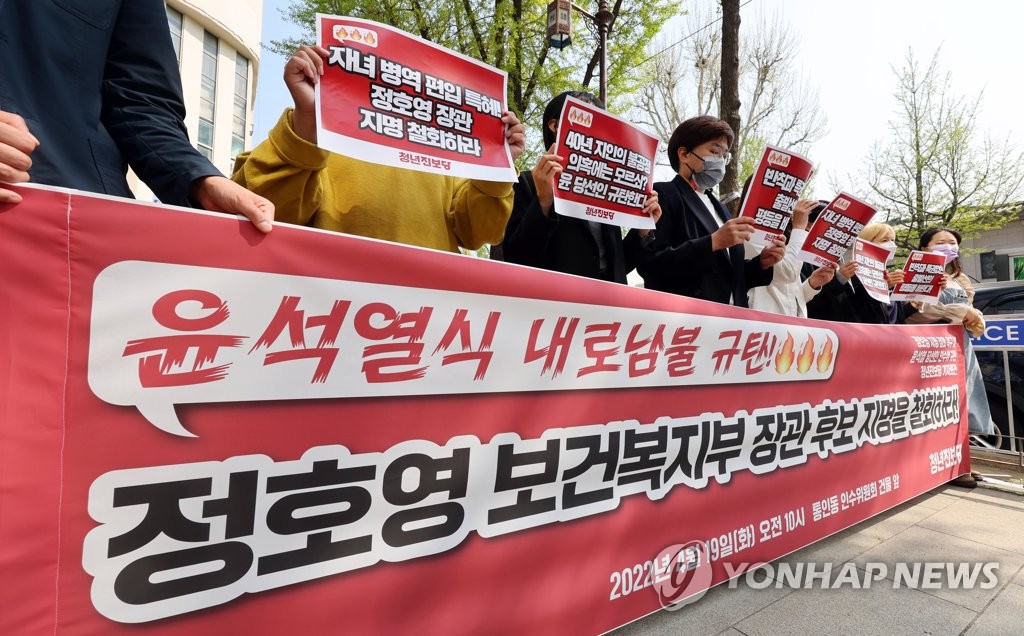 Despite Chung's explanations, some members of Yoon's People Power Party have voiced their concerns, with some even demanding Chung voluntarily resign from the nomination.

"People are not pointing out whether there were illegal actions or not," Kim Yong-tae, a PPP supreme council member, said in a YTN radio interview. "Just sparking a suspicion of conflict of interest makes people to think the case is out of common sense."

"If you are to decide on this case, it is political judgment, not legal judgment, that matters," he said in a MBC radio interview. "He may feel falsely accused, but it is right for him to voluntarily resign."

The DP, meanwhile, has been ramping up its attack, demanding Chung resign and Yoon take responsibility.

"Yoon is largely responsible for the personnel appointment disaster," said Rep. Park Hong-geun, the floor leader of the DP. "Beyond vetting, now is the time for investigation."