SEOUL, April 19 (Yonhap) -- The International Monetary Fund (IMF) on Tuesday lowered its 2022 economic growth outlook for South Korea to the 2-percent range, while raising its inflation projection to 4 percent, as energy costs surged amid the Ukraine crisis.

In its World Economic Outlook, the IMF revised down its growth forecast for Asia's fourth-largest economy to 2.5 percent this year from its March estimate of 3 percent.

The IMF also sharply hiked this year's inflation outlook for South Korea by 0.9 percentage point from its earlier projection of 3.1 percent.

The revised outlook came as the global economy is expected to undergo a marked slowdown and face high inflation due to the fallout of Russia's war with Ukraine.

"Economic damage from the conflict will contribute to a significant slowdown in global growth in 2022 ... Elevated inflation will complicate the trade-offs central banks face between containing price pressures and safeguarding growth," the IMF said.

The IMF lowered its 2022 growth forecast for the global economy to 3.6 percent from its earlier estimate of 4.4 percent. 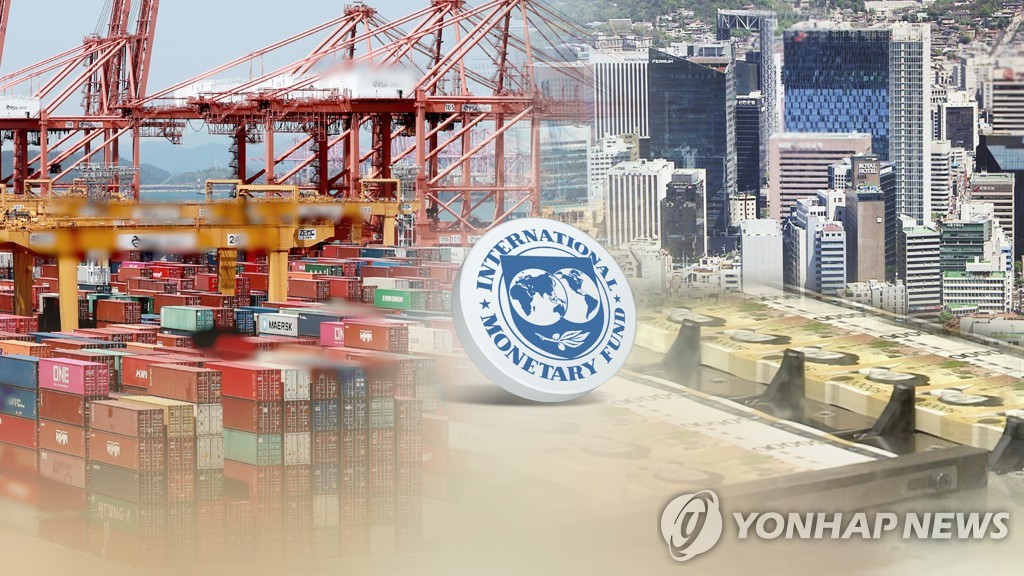 The South Korean economy has been on a recovery path on the back of robust exports and improving private spending. But it faces growing uncertainty at home and abroad due to the fast spread of the omicron variant and surging fuel prices caused by the Ukraine conflict.

The IMF's growth forecast for South Korea is lower than the Bank of Korea (BOK)'s estimate of 3 percent and the 2.7 percent projections by global credit appraisers Moody's Investors Service and Fitch Ratings.

Still, the IMF's 0.5 percentage-point cut for Korea's growth outlook was smaller than an average of the 0.6 percentage-point fall for advanced nations, according to Seoul's finance ministry.

South Korea's consumer inflation is also under upward pressure due to high energy costs and an increase in demand from the economic recovery. The country heavily relies on imports for most of its energy needs.

Consumer prices grew 4.1 percent in March from a year earlier, accelerating from a 3.7 percent on-year gain the previous month. It marked the first time in more than a decade that consumer prices topped 4 percent.

The central bank is widely expected to further tighten monetary policy in the coming months to curb inflation. The BOK aims to keep annual inflation at 2 percent over the medium term.

Elevated inflation and snowballing household debt are feared to erode private spending, as they could undermine people's room to spend. South Korea's household credit had come to a record 1,862.1 trillion won (US$1.5 trillion) as of end-December.