SEOUL, April 20 (Yonhap) -- Cho Yong-pil, a living legend of the Korean pop scene, will likely be back with his first new album in nine years, sources in the music industry said Wednesday.

The sources said the 72-year-old singer has recently begun working on a new album in earnest.

"Cho is working on the new album faster than before," an aide to Cho told Yonhap News Agency. "(He's) working with the goal of releasing a new album within this year."

The singer reportedly is considering including various songs on the album without limiting them to a certain genre or concept. 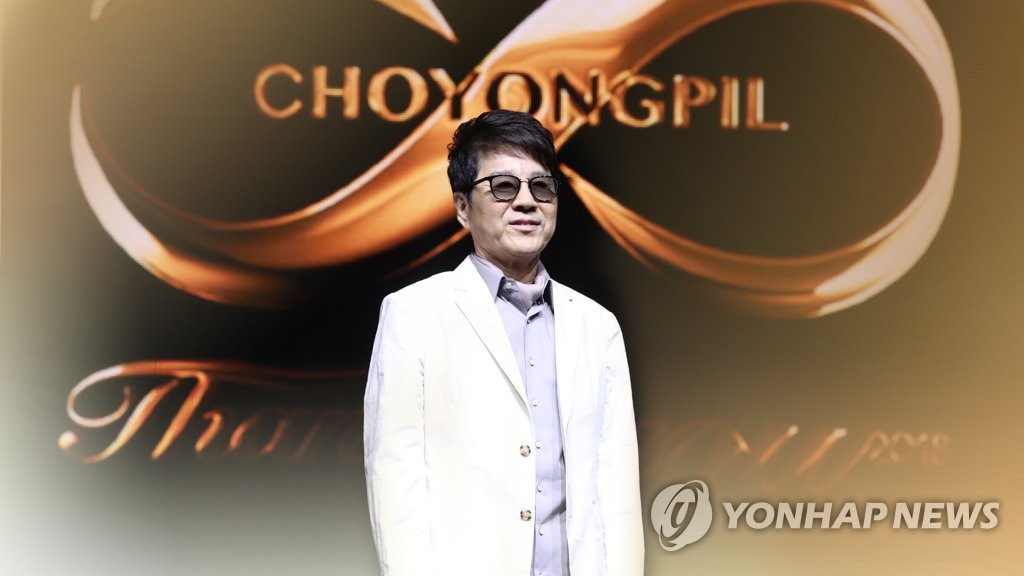 Cho debuted as a member of the rock band Atkins in 1968. After working for a decade in several bands, including the Kim Trio, he debuted as a solo artist with the hit single "Come Back to Busan Port" in 1976.

He rose to stardom through his first full-length album with hit tracks, such as "A Girl Outside the Window" and "Short Hair Girl," sold a million copies for the first time in K-pop history in 1980.

He has maintained his supremacy over his 50-year career, releasing 19 studio albums with famous tracks like "Candle Light," "Dream" and "Leopard of Kilimanjaro" among many others, while sweeping award shows and setting numerous records on the music scene.

His latest album "Hello" and its tracks "Bounce" and "Hello" conquered music charts, pushing aside younger K-pop stars like Psy of "Gangnam Style."