SEOUL, April 21 (Yonhap) -- The Bank of Korea needs to strike a "delicate" balance in carrying out monetary policy as the "trade-off" between economic growth and fighting inflation will restrict its room for policy maneuvering, the new governor of the central bank said Thursday.

Rhee Chang-yong also underlined the need for the BOK to be able to ensure price and financial stability while also providing solutions to many other longer-term structural issues that require a mix of monetary, fiscal policy and structural reforms.

"From a short-term perspective, difficulties have been mounting in carrying out monetary policy amid the protracted Russia-Ukraine war, the U.S. Federal Reserve's faster-than-anticipated monetary policy normalization and the possibility of economic slowdown in China due to the spread of the omicron variant," Rhee said in his inauguration speech at the BOK headquarters in central Seoul.

"With inflation pressure further intensifying, economic recovery appears to be weaker than previously projected. At a time when the trade-off between growth and prices are increasing restrictions on monetary policy implementation, it is necessary to strike a balance in executing policy in a delicate manner." 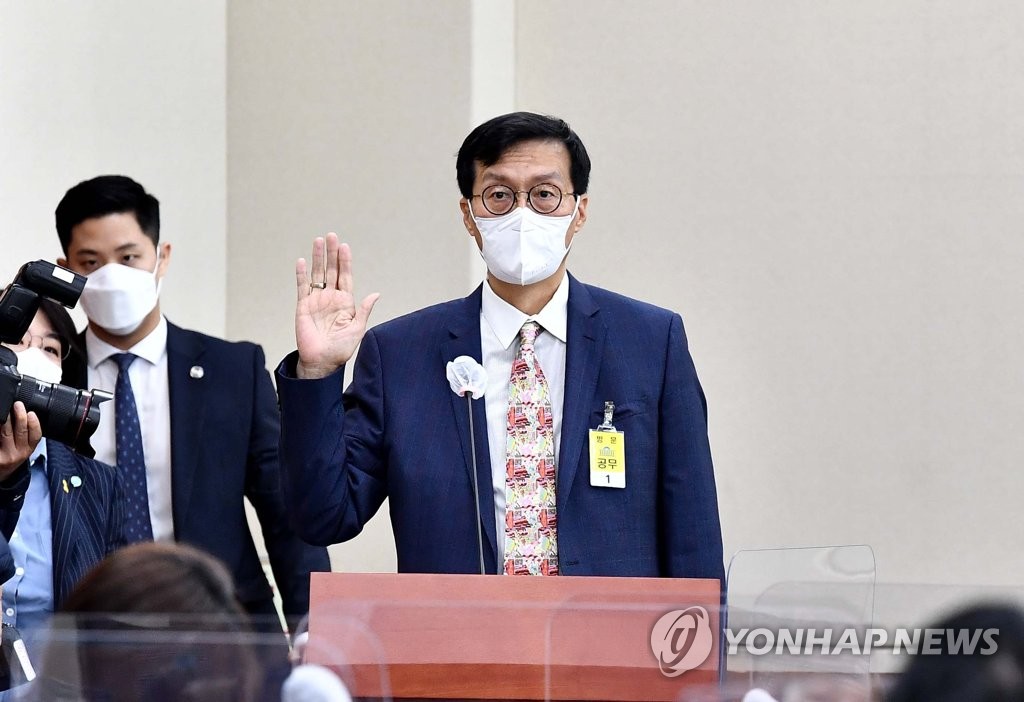 He started his four-year term as the BOK chief at a time when South Korea is grappling with rising inflation pressure, which has been pushed up further by oil and commodity price increases amid the war in Ukraine. The country's consumer prices jumped 4.1 percent in March from a year earlier, the fastest gain in more than 10 years.

South Korea's economy has been on a recovery track from the pandemic thanks to robust exports but external uncertainty has mounted, raising worries that its recovery could lose momentum.

The BOK has hiked its policy rate four times since August last year to tamp down inflation and household debt. The central bank has said that it placed more emphasis on fighting inflation than on potential impact on growth in raising the rate by a quarter percentage point to 1.5 percent last week.

Besides inflation and other short-term challenges, Rhee drew attention to various longer-term issues ranging from aging population, secular stagnation, widening income gap and rising household debt on the domestic front to a possible retreat in globalization in the wake of the pandemic, deepening geopolitical conflict and tension that will pose threats to the country's export-driven growth.

He empathized the need for the central bank to increase its role in fighting such issues.

"In the longer term, South Korea is facing a grand economic turning point," he said. "It is time to change the frame for economic policy in a way that our economy takes the right path at this turning point."

"Given such mid- and long-term pending challenges, our responsibility shouldn't stay within the confines of monetary policy," he added. "They cannot be solved with only monetary policy but they need fiscal policy and structural reforms as well ... The BOK should help provide solutions to such pending issues by going beyond its monetary and financial policy."