The song hit the milestone at about 5 p.m. Thursday, five months after surpassing 1.4 billion views in November, according to the group's agency Big Hit Music.

It became the first BTS music video to garner more than 1.5 billion views.

The upbeat track, featuring American singer-songwriter Halsey, was released in April 2019 as part of the band's sixth EP "Map of the Soul: Persona." After debuting at No. 8 on Billboard's Hot 100 main singles chart upon its release, the song was on the chart for eight consecutive weeks.

Including "Boy With Luv," the K-pop septet now has a total of 36 music videos that have garnered more than 100 million views. 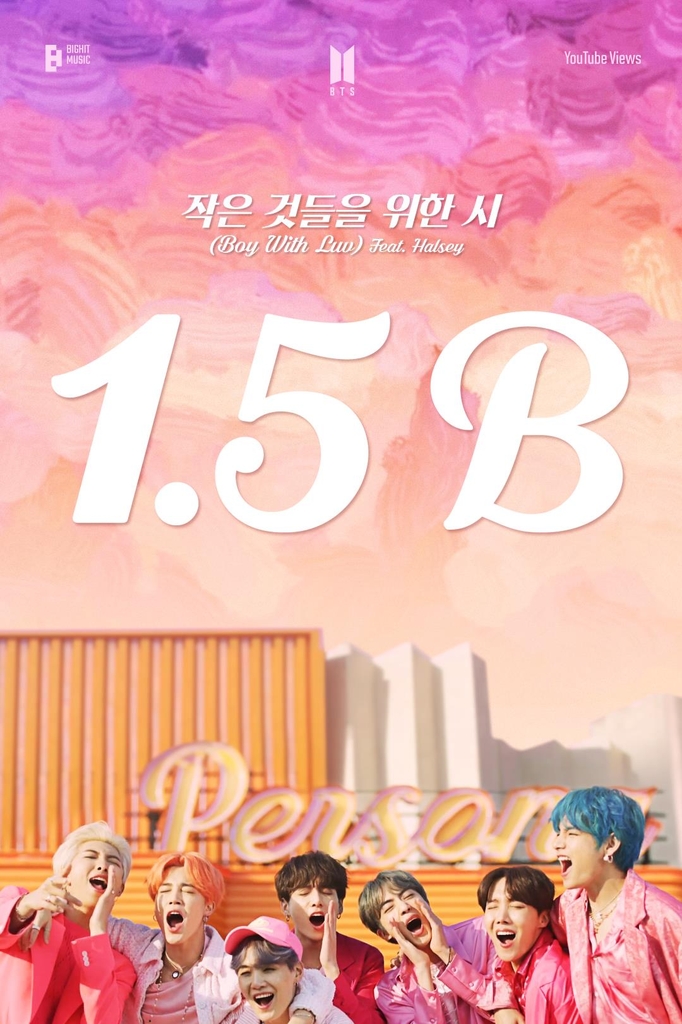