SEOUL, April 22 (Yonhap) -- South Korea's top economic policymaker has said the government will continue to make policy efforts to strengthen fiscal soundness as the country's national debt has grown at a fast pace during the COVID-19 pandemic, his office said Friday.

In the meeting, the two discussed South Korea's credit rating and economic situtation. Hong stressed the need for multifaceted efforts to promote fiscal sustainability as the country's deficit and national debt have sharply risen due to stimulus spending aimed at tackling the pandemic.

He said the government will push for policy efforts to enhance fiscal health, including the introduction of a rule-based fiscal framework, according to the finance ministry.

In 2020, the ministry proposed a fiscal rule that would limit the country's debt to 60 percent of its GDP or its fiscal deficit to 3 percent starting in 2025. But the new rule is pending in parliament.

Meanwhile, Hong said the government is reviewing policy measures to cope with the economic fallout from Russia's war with Ukraine as an economic slowdown is expected amid high inflation.

Asia's fourth-largest economy is expected to grow in the 2-percent range this year after the 4 percent expansion last year. Its consumer prices may shoot up close to 4 percent amid soaring energy costs and higher demand from the economic recovery.

He said the pandemic is expected to have limited impacts on the Korean economy as new virus cases are on the decline and the government lifted almost all COVID-19 social distancing starting this week.

S&P has maintained its credit rating on South Korea at "AA," the third-highest level on the company's table, since August 2016. 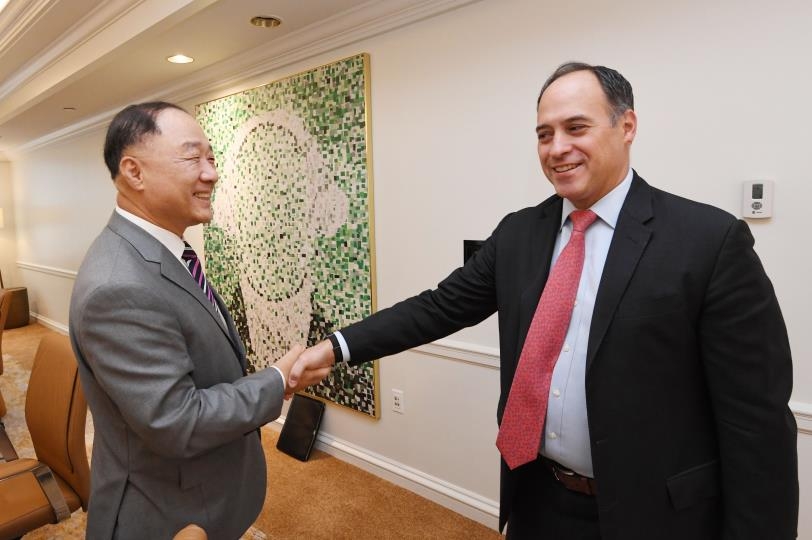