(ATTN: UPDATES story throughout with Yoon's remarks, other details in paras 3-7; CHANGES photos)

BUSAN/SEOUL, April 22 (Yonhap) -- President-elect Yoon Suk-yeol on Friday asked South Korean business leaders to work together to ensure the country's port city of Busan can win the bid to host the 2030 World Expo.

Yoon made the call in a meeting with senior executives of major South Korean conglomerates, including Samsung, Hyundai and SK, at the Busan Chamber of Commerce and Industry.

"I believe hosting the World Expo in Busan will elevate the national status and provide an opportunity for our companies to grow into bigger global enterprises, and for our economy to take a new leap forward," Yoon said in his speech.

"The new government will do everything it can to host the 2030 Busan Expo," he said. 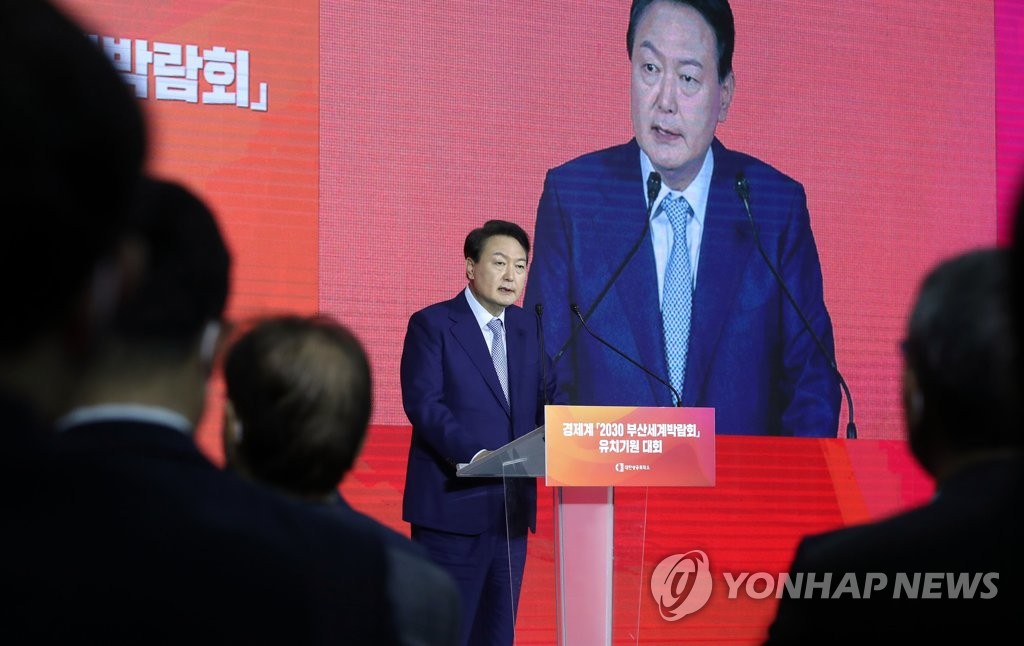 SK Group Chey Tae-won, currently the chief of the Korea Chamber of Commerce and Industry (KCCI), promised that the business sector will do its best to support Busan's bid.

"The business circles will join forces to host the exhibition and work with the government as a partner in the private-public cooperation," Chey said.

The participants agreed to work together as "one team" to make Busan a new Expo host city through their wide global networks and marketing channels, according to the KCCI, one of South Korea's business lobbies.

Busan, South Korea's second-largest city on the southeastern coast, is competing against Rome, Moscow, Riyadh in Saudi Arabia and the Ukrainian city of Odesa.

The Bureau International des Expositions overseeing the Expo will announce the host city around November next year.

The World Expo is one of the largest international festivals besides the World Cup and the Olympics. Hosting an expo is estimated to create economic effects worth 61 trillion won (US$49.1 billion).

South Korea hosted Specialized Expos in Daejeon in 1993 and in Yeosu in 2012, but it has not hosted a World Expo that covers a wider range of topics.

If South Korea successfully hosts the 2030 World Expo, it will have organized all three major international events -- the World Expo, the Olympics and the FIFA World Cup.

South Korea hosted the country's first Summer Games in 1988, followed by the 2002 World Cup. It hosted the Winter Olympics in 2018 in the alpine town of Pyeongchang. 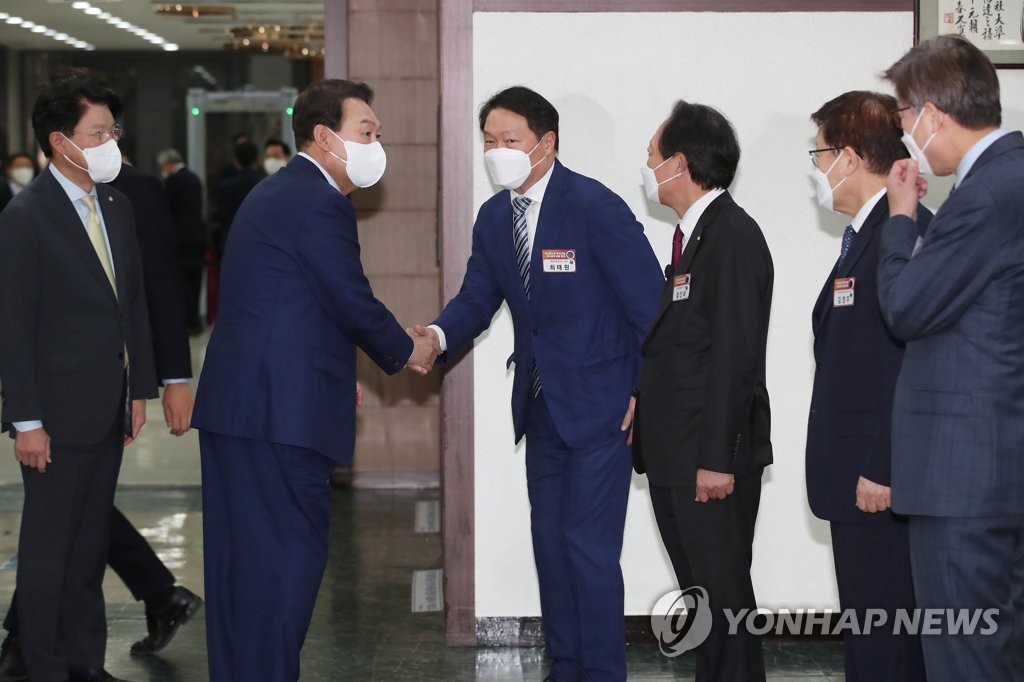