SEOUL/TOKYO, April 22 (Yonhap) -- The South Korean government lodged a strong protest with Japan Friday against Tokyo's repeated assertion that Dokdo, a set of rocky islets in the East Sea, belong to the country.

South Korea's foreign ministry called in Naoki Kumagai, deputy chief of mission at the Japanese Embassy here, to deliver the message, shortly after reports that the claim was included in the 2022 Diplomatic Bluebook. 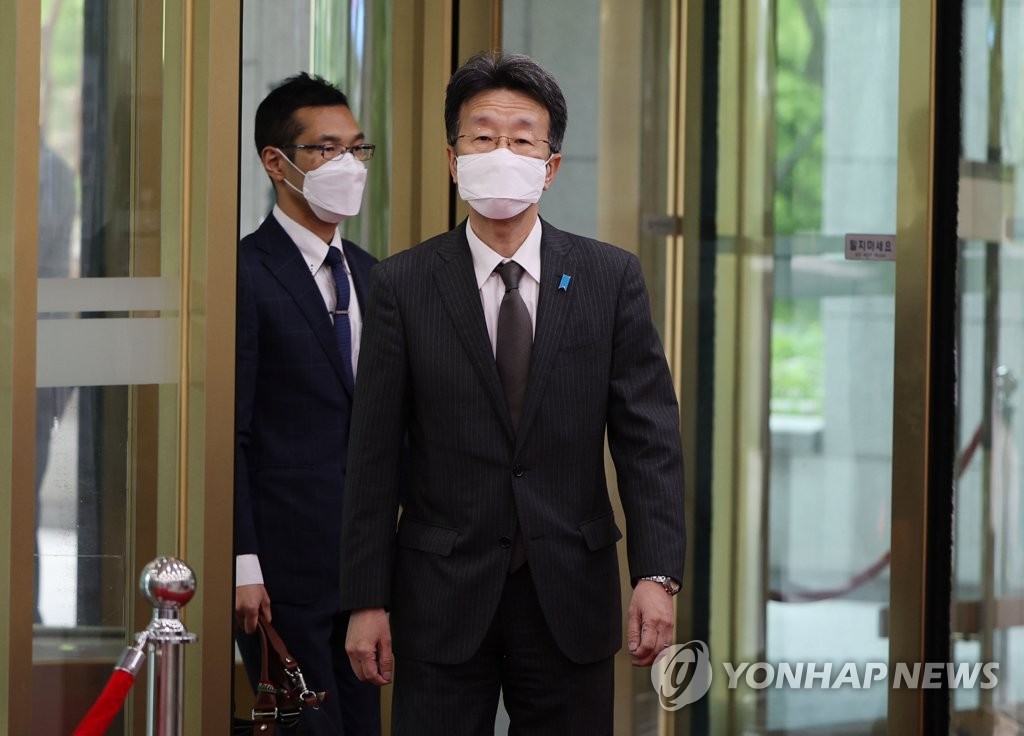 In a separate statement, the ministry urged Japan to immediately retract the "unjust' sovereignty claim to what is an integral part of Korean territory "historically, geographically and under international law."

"The government will respond sternly to Japan's provocation, whatever it is, in connection with Dokdo," ministry spokesman Choi Young-sam said. "The Japanese government will have to be clearly aware that repeating an unjust claim over Dokdo won't be of help at all to the establishment of future-oriented South Korea-Japan relations."

South Korea has long maintained effective control of Dokdo with the permanent stationing of security personnel there. Tokyo's sovereignty claim is a legacy of its imperialistic past, Seoul officials say.

Nonetheless, it added, the grave situation involving the issues of "former civilian workers from the Korean Peninsula" and "comfort women" shouldn't be left as it is. It was referring to forced labor and sexual enslavement of Korean women during World War II, when Korea was under Japan's brutal colonial rule.
(END)