SEOUL, April 22 (Yonhap) -- The transition team said Friday it is difficult to accept a request from Lee Yong-soo, a surviving victim of Japan's wartime sexual enslavement, that President-elect Yoon Suk-yeol include her in a delegation he plans to send to Japan next week.

"As far as I know, the delegation is going to Japan for policy consultations, so I heard that it is difficult for Lee to join," transition team spokesperson Shin Yong-hyun said.

The transition team on Sunday announced that the seven-member delegation, led by Rep. Chung Jin-suk of the People Power Party, will visit Tokyo from Sunday to Thursday to meet officials from the Japanese government and legislature, as well as those from business circles, media and academia.

Lee, a 93-year-old sexual slavery victim, had planned to meet Chung, but after failing to arrange the meeting, she visited the transition team's office Thursday and delivered her request. 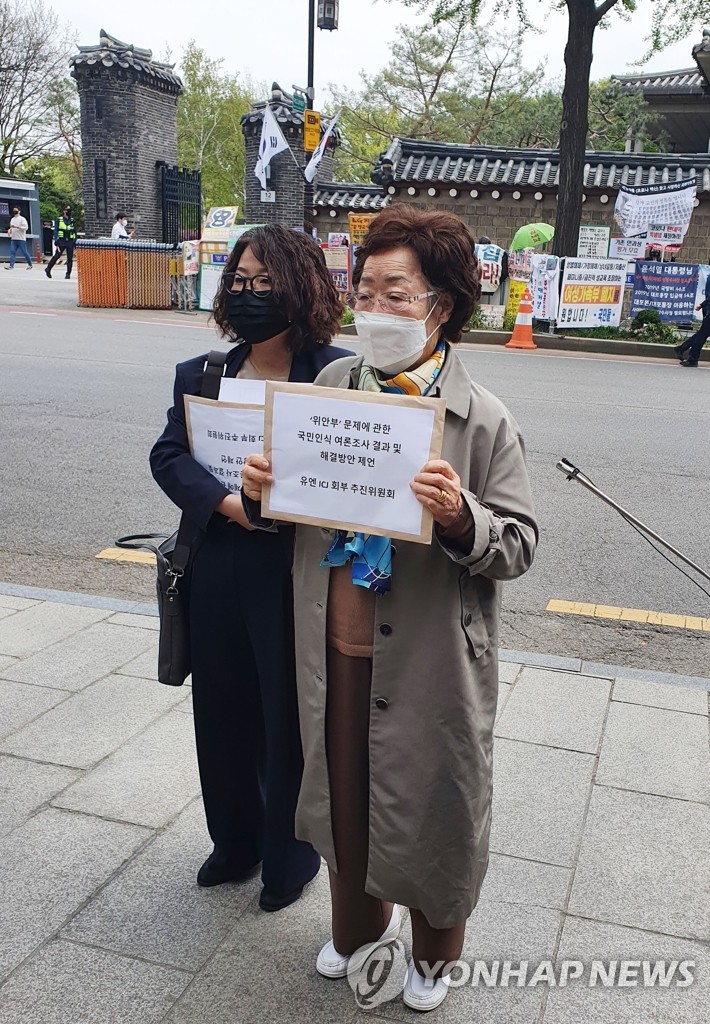