Consolidated net income came to 914.7 billion won (US$738.2 million) in the January-March period, up 7.4 percent from a year earlier, the company said in a regulatory filing.

The first-quarter bottom line was higher than market forecasts. The median net-profit estimate by analysts stood at 769.6 billion won, according to a survey by Yonhap Infomax, the financial data firm of Yonhap News Agency.

The strong first-quarter performance was attributed largely to a jump in interest income, which soared 28 percent on-year to 2.02 trillion won.

The group's flagship, Hana Bank, also saw its net income swell 15.9 percent on-year to 669.4 billion won in the first quarter, despite a 6 percent drop in revenue to 9.3 trillion won.

The group's return on assets (ROA), a key gauge of profitability, stood at 0.72 percent, and the return on equity (ROE) reached 10.7 percent. 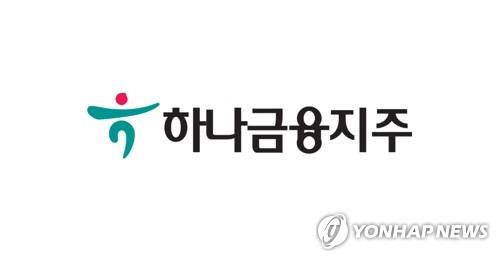