The video for the main track of its third full-length album, "Love Yourself: Tear," released in May 2018 reached the milestone at 3:44 a.m., Big Hit Music said.

BTS has a total of 36 music videos with more than 100 million YouTube views. 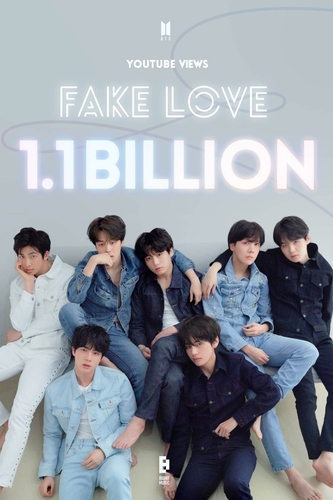