(ATTN: UPDATES with the delegation's visit to railway station in paras 6-7; CHANGES photo)

TOKYO/SEOUL, April 24 (Yonhap) -- A delegation of President-elect Yoon Suk-yeol arrived in Tokyo on Sunday for meetings with Prime Minister Fumio Kishida and other top officials, carrying a letter from Yoon that outlines his will for "new relations with Japan."

The visit by the seven-member delegation, led by Rep. Chung Jin-suk of Yoon's People Power Party, came as Yoon has stressed the importance of restoring relations with Japan that have been frayed badly over the past few years due to rows over issues like wartime sexual slavery and forced labor.

Japan is the second foreign country that Yoon has sent a delegation to after the United States.

"I think the letter carries President-elect Yoon Suk-yeol's will and expectations for new relations with Japan, as well as his expectations for positive responses from Japan," Chung told reporters after arriving at Narita International Airport.

The delegation is expected to meet with Kishida on Wednesday and hand him the letter from Yoon.

Upon arrival in Tokyo, the delegation visited a railway station to pay tribute at the monument honoring Lee Soo-hyun, a Korean hero who died trying to rescue a drunk Japanese man who had fallen onto the subway tracks in Tokyo in 2001. The late Lee is regarded as a symbol of friendly ties between the two nations.

"As South Korea and Japan are seeking to improve their relations, I hope Lee Soo-hyun's spirit of sacrifice could serve as a new bridge between the two nations for their better future," Chung said, after laying a white chrysanthemum in front of the monument. 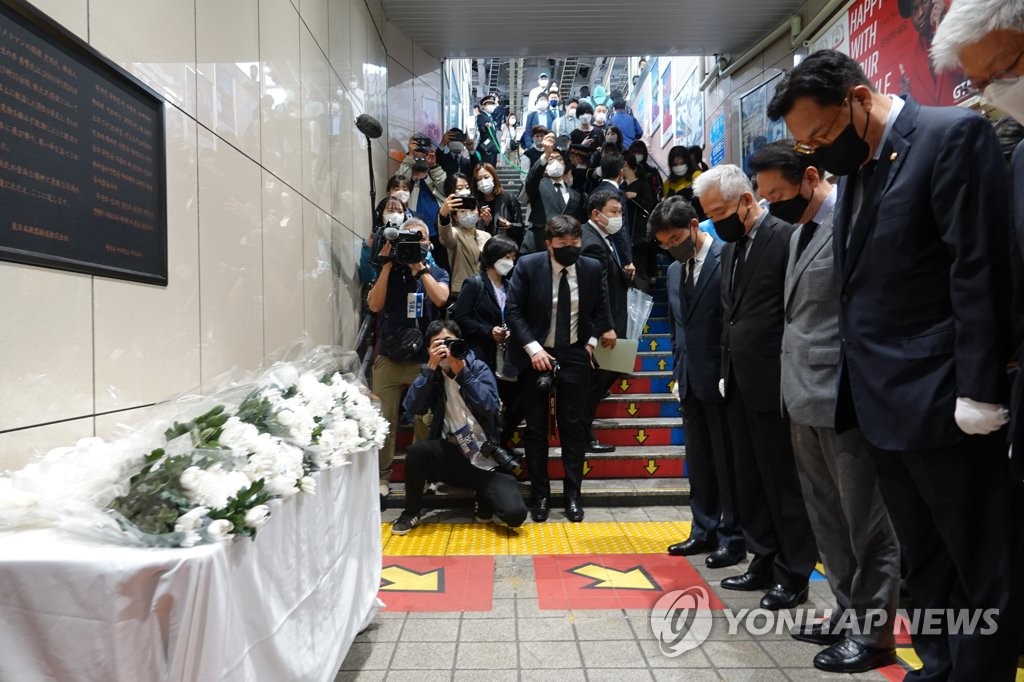 On Monday, the delegation is expected to hold a meeting with Foreign Minister Yoshimasa Hayashi, according to sources. Meetings with former Prime Ministers Shinzo Abe and Yoshihide Suga are also being pushed for, they said.

Yoon has called for strengthening relations with Japan, as well as trilateral cooperation among Seoul, Washington and Tokyo, saying his focus will be on building a "future-oriented" partnership with the neighboring country.

A day after his election last month, Yoon spoke by phone with Kishida and agreed to work together to promote "friendly cooperation" between their countries. Kishida was the second foreign leader that Yoon spoke to after U.S. President Joe Biden.

"We are going on this trip with a mindset that we're fastening the first button of a new Korea-Japan relationship under the Yoon Suk-yeol government," Chung told reporters before departure from Incheon International Airport earlier in the day.

"We will meet with figures from various circles of Japan and convey the president-elect's thought that we need to make efforts for an early improvement and restoration of Korea-Japan relations that have been left unattended for a long period time," he said.

Restoring bilateral cooperation with Japan and trilateral cooperation among South Korea, the United States and Japan will contribute greatly to peace and prosperity on the Korean Peninsula and beyond amid uncertainties in the international order in the wake of a series of North Korean provocations and the war in Ukraine, Chung said.

The delegation could discuss the possibility of Kishida attending Yoon's May 10 inauguration ceremony and ways to improve relations between the two countries frayed badly over issues related to Japan's 1910-45 colonial rule of the Korean Peninsula, such as wartime sexual slavery and forced labor. 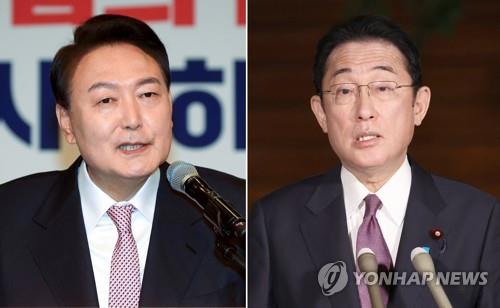