The quartet made its Coachella debut Saturday (U.S. time) with its hit singles, such as "Savage," "Next Level" and "Black Mamba," becoming the first K-pop girl group to perform on the festival's main stage.

The girl group also surprised fans by performing an English version of its unreleased track "Life's Too Short" on the main stage, SM Entertainment said.

In 2019, BLACKPINK became the first Korean girl group to perform at Coachella but on a sub-main stage.

"This is our first time performing in front of such a wide audience... We are thrilled to be here at Coachella," aespa was quoted as saying by the agency.

Last October, aespa hit the Billboard main albums chart for the first time, as its first EP "Savage" debuted at No. 20. It became the highest-charting first album by a K-pop girl group. 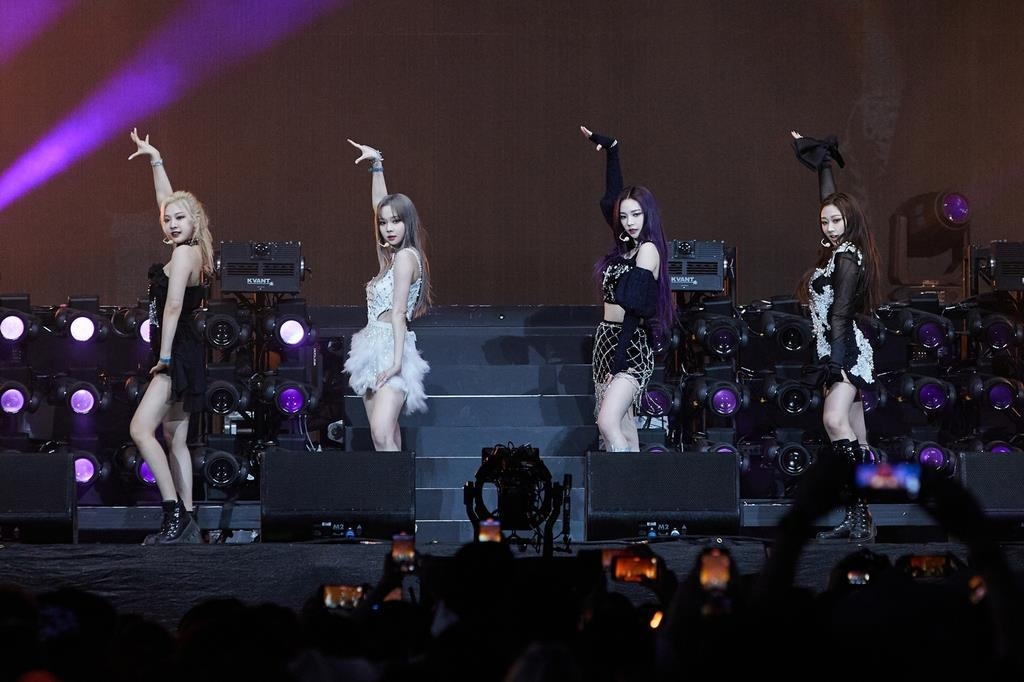