SEOUL, April 26 (Yonhap) -- President-elect Yoon Suk-yeol has said he will "positively review" South Korea's joining of Quad, a U.S.-led anti-China security partnership, if invited, according to a report.

Yoon made the remark in a recent interview with The Wall Street Journal on Monday (U.S. time), saying he does not expect South Korea to receive an invitation any time soon, but if approached, "will positively review joining."

The Quadrilateral Security Dialogue (Quad) is made up of the United States, Australia, India and Japan, and is seen as a partnership aimed at countering China.

During the campaign, Yoon had pledged to increase South Korea's participation in its working groups.

Yoon also told the paper that he has come up with the name "People's House" for the new presidential office being set up on the defense ministry compound.

The actual name will be chosen through a public contest.

The new office is in line with Yoon's campaign promise to move the presidential office out of Cheong Wa Dae to help him connect better with the people.

As part of that promise, Cheong Wa Dae will fully open to the public immediately after his inauguration ceremony May 10. 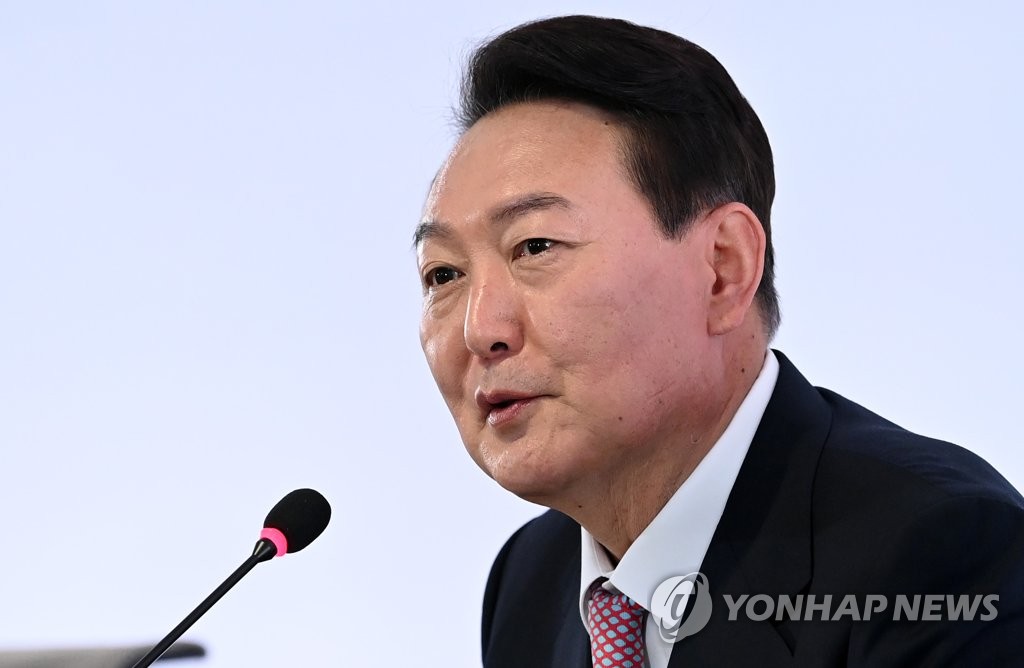