SEOUL, April 26 (Yonhap) -- The Toronto Blue Jays' South Korean pitcher Ryu Hyun-jin will throw a live batting practice in the coming days, as he inches closer to a return from a left forearm injury.

Blue Jays general manager Ross Atkins told reporters in Toronto on Monday (local time) that the club will see how the left-hander feels before determining if he will need another live session or a rehab start. Ryu will rejoin the rotation as soon as he is activated, Atkins added. 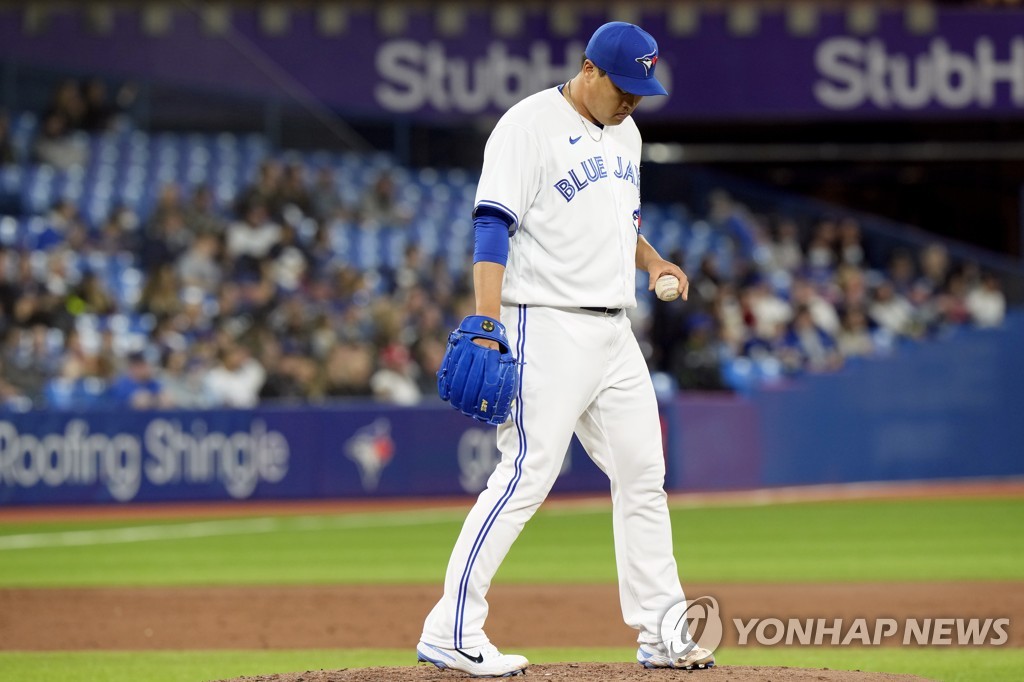 Ryu landed on the 10-day injured list (IL) on April 17 with left forearm inflammation. The Blue Jays later said the injury is relatively minor and he was only expected to miss two or three starts.

Ryu got off to a dismal start to the 2022 season, the third year of his four-year, US$80 million contract. He surrendered 11 earned runs on 11 hits, including two home runs, in just 7 1/3 innings combined for a 13.50 ERA. Ryu had also faded down the stretch in the second half of 2021, with a 7.78 ERA over his final five starts of that season.

Ryu also displayed worrisome dips in velocity across the board in his most recent start, on April 16 against the Oakland Athletics. He complained of soreness in his left forearm after lasting four innings in that game and then hit the IL the following day.

Swingman Ross Stripling has taken Ryu's spot as the No. 3 starter in the Jays' rotation. Ryu had been Toronto's Opening Day starter in each of the past two years before ceding that honor to Jose Berrios this year. 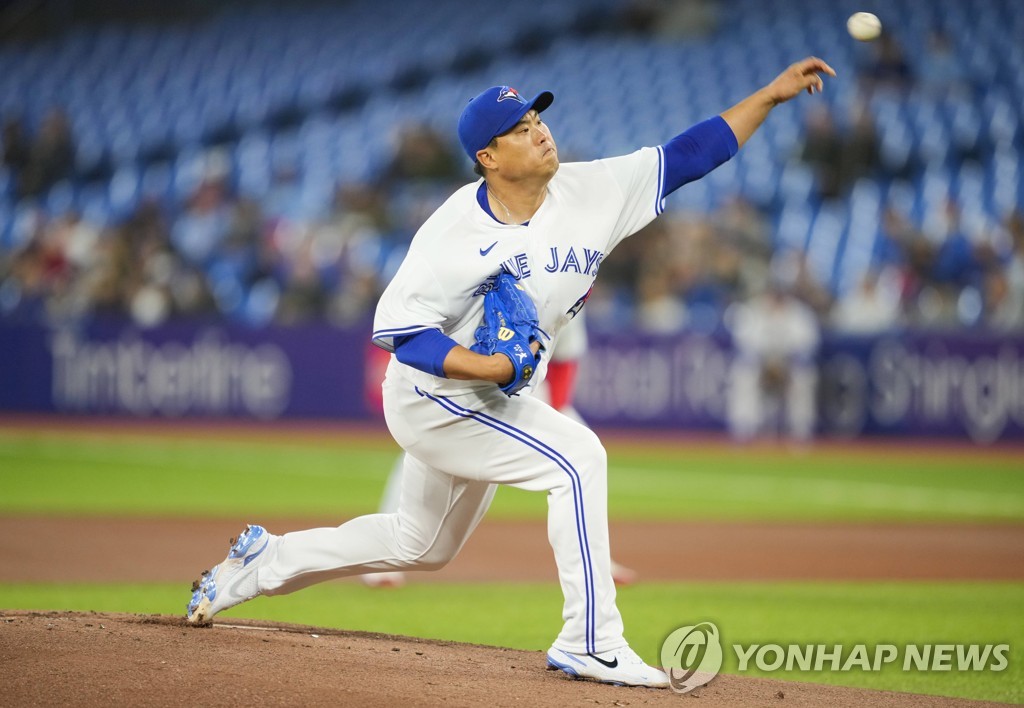