The two parties' executive secretaries on the special confirmation hearing committee agreed to hold Han's hearing on May 2-3, officials said. The special committee will hold a plenary session on Wednesday to approve the new date, they said.

This week's hearing grounded to a halt as lawmakers from the DP and the Justice Party boycotted two days of sessions, citing Han's failure to submit requested data on real-estate transactions, tax payment and other issues.

In the hearing, Han, who is nominated as the first prime minister of President-elect Yoon Suk-yeol's incoming government, was expected to be grilled about alleged conflicts of interest related to his home rental in the 1990s and also the hefty salary he received as an adviser to law firm Kim & Chang. 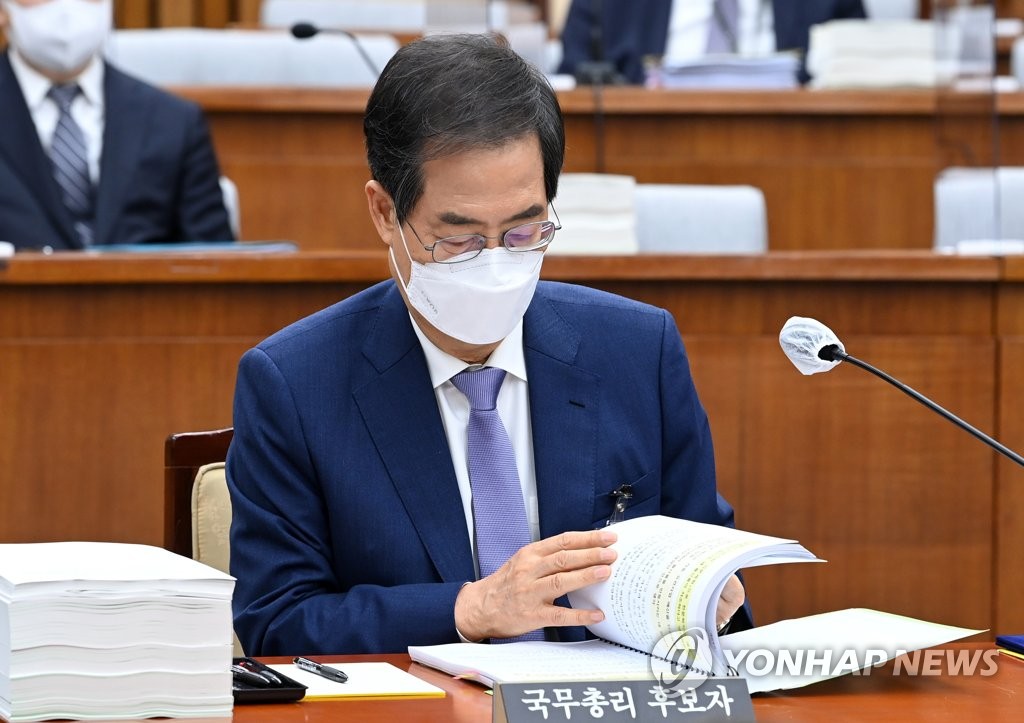