The parade only proved that North Korea has focused on developing the means to threaten peace not only on the Korean Peninsula but in Northeast Asia and the world, while outwardly calling for peace and dialogue for the past five years, the transition team said in a statement. 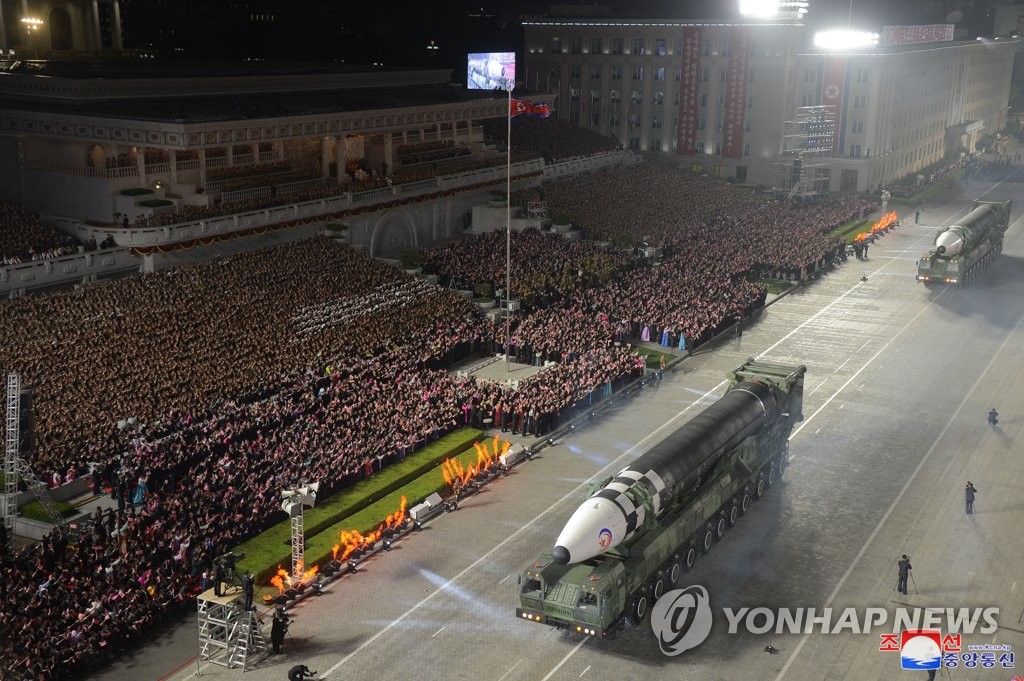 "North Korea's nuclear and missile threats have become a serious and realistic threat to us, so building the capability to deter them is the most urgent task," the statement said.

The three-axis system is designed to counter North Korea's nuclear and missile threats and consists of Korea Massive Punishment and Retaliation (KMPR), an operational plan to incapacitate the North Korean leadership in a major conflict; the Kill Chain pre-emptive strike platform; and the Korea Air and Missile Defense system (KAMD).

The statement came only hours after North Korean state media said Kim attended the parade in Pyongyang on Monday and vowed to boost the country's nuclear capabilities at "the fastest rate."

He also warned the country's nuclear weapons "cannot be confined solely within the boundaries of preventing a war" if a situation arises "that we never hope to witness in this land."

The parade marked the 90th founding anniversary of the Korean People's Revolutionary Army (KPRA), an anti-Japanese guerilla force known to have been created by national founder Kim Il-sung in 1932.

The public display of weapons, including the Hwasong-17 intercontinental ballistic missile (ICBM), came amid concern North Korea could stage a major provocation, such as a nuclear or ICBM test, ahead of Yoon's inauguration on May 10.