More stops could be added later to the tour, it added.

The group composed of five members -- Soobin, Yeonjun, Beomgyu, Taehyun and Hueningkai -- debuted in 2019. It has gained traction with its "The Dream Chapter" and "The Chaos Chapter" series albums. "The Chaos Chapter: Freeze," its second full-length album released last year, was the only K-pop album ever to appear on the Best Album of the Year lists by British music magazine NME and Rolling Stone in the United States.

The band is set to release its fourth EP titled "minisode 2: Thursday's Child" on May 9. 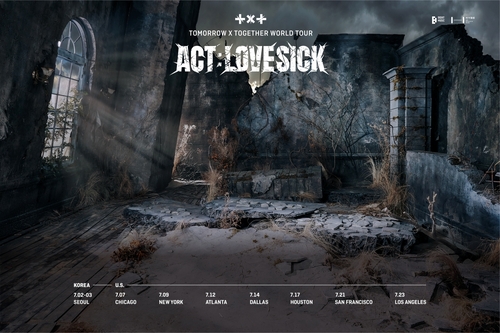