(ATTN: RECASTS headline, throughout with info on expected inflation)

Consumers in April expected the country's inflation in one year to grow 3.1 percent, up from the previous month's forecast of a 2.9 percent rise, according to the data from the Bank of Korea (BOK).

This marked the highest level since April 2013 when the figure rose to 3.1 percent.

The rise is based on worries over high-flying oil and commodity prices, which have been driven up by the ongoing war in Ukraine and protracted supply chain bottlenecks.

Last week, the government lifted almost all antivirus restrictions, except for the mask mandate, as part of efforts to bring the country back to normal more than two years after the first outbreak was reported here.

The country's consumer prices jumped 4.1 percent in March from a year earlier, the fastest gain in more than 10 years. Producer prices jumped 8.8 percent on-year in March.

To keep a lid on inflation, the BOK recently hiked its key interest rate by a quarter percentage point to 1.5 percent, the fourth rate increase since August last year.

Meanwhile, consumer sentiment continued to improve in April as the country lifted most social distancing rules.

The composite consumer sentiment index came to 103.8 in April, up 0.6 point from the previous month, according to the BOK data.

A reading above 100 means optimists outnumber pessimists. The April figure marked the third straight on-month rise of the index.

Daily coronavirus infections peaked at over 600,000 in mid-March but have been retreating fast ever since. On Wednesday, the country reported 76,787 new COVID-19 cases. 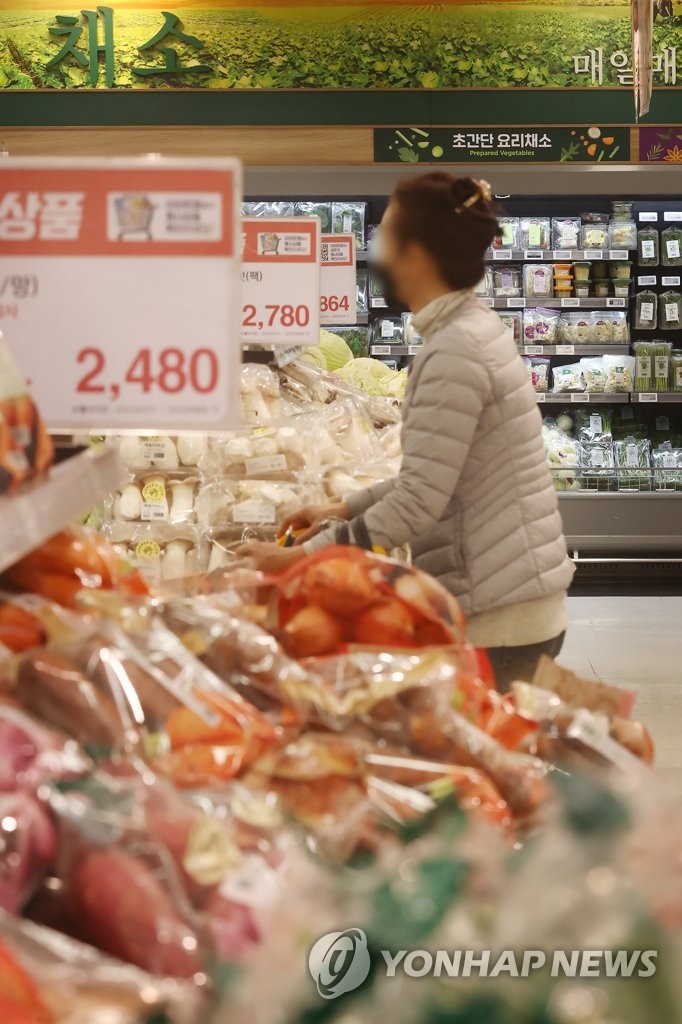