SEOUL, April 26 (Yonhap) -- When the Doosan Bears signed former major league pitcher Robert Stock in January, there were concerns about the right-hander's ability to pitch deep into games as a starter.

Stock had mostly been a reliever in both his minor league and major league careers over the past decade. But the Bears were betting that the 32-year-old fireballer would have plenty to offer as a high-end starter in the Korea Baseball Organization (KBO). 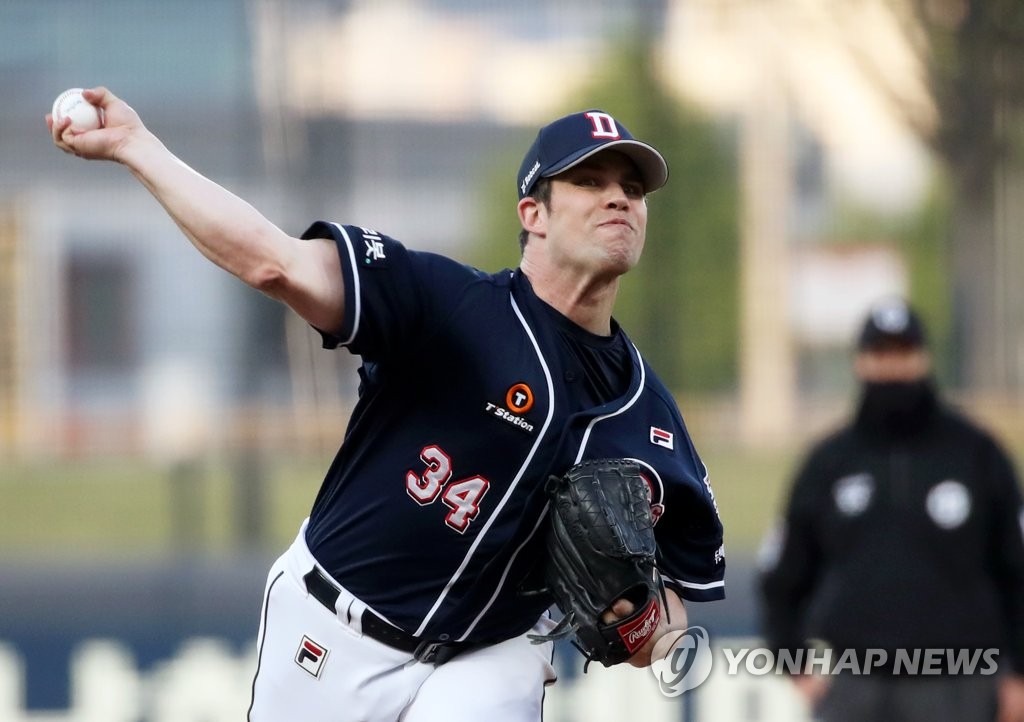 As solid as these numbers are, Doosan manager Kim Tae-hyoung said Tuesday he's most appreciative of the way Stock has been holding down the fort while last year's No. 1 starter and league MVP, Ariel Miranda, remains sidelined with shoulder problems. The Bears entered Tuesday's game at 11-8, tied for third place.

"With Miranda out, Stock has been doing an unbelievable job for us," Kim said before the Bears hosted the NC Dinos at Jamsil Baseball Stadium in Seoul. "If he had been struggling out of the gate, this would have been a really difficult season for us. He has been our ace so far."

Stock has come as advertised as a flamethrower. Prior to his start on Tuesday, Stock had been averaging 151.3 kph with his four-seam fastballs, the second fastest in the KBO.

He has been able to maintain his velocity late into games, too. In his most recent start, last Wednesday against the Kia Tigers, Stock was still throwing his fastballs in the mid-150s in the seventh inning. His 113rd and final pitch of the day was clocked at 154 kph. 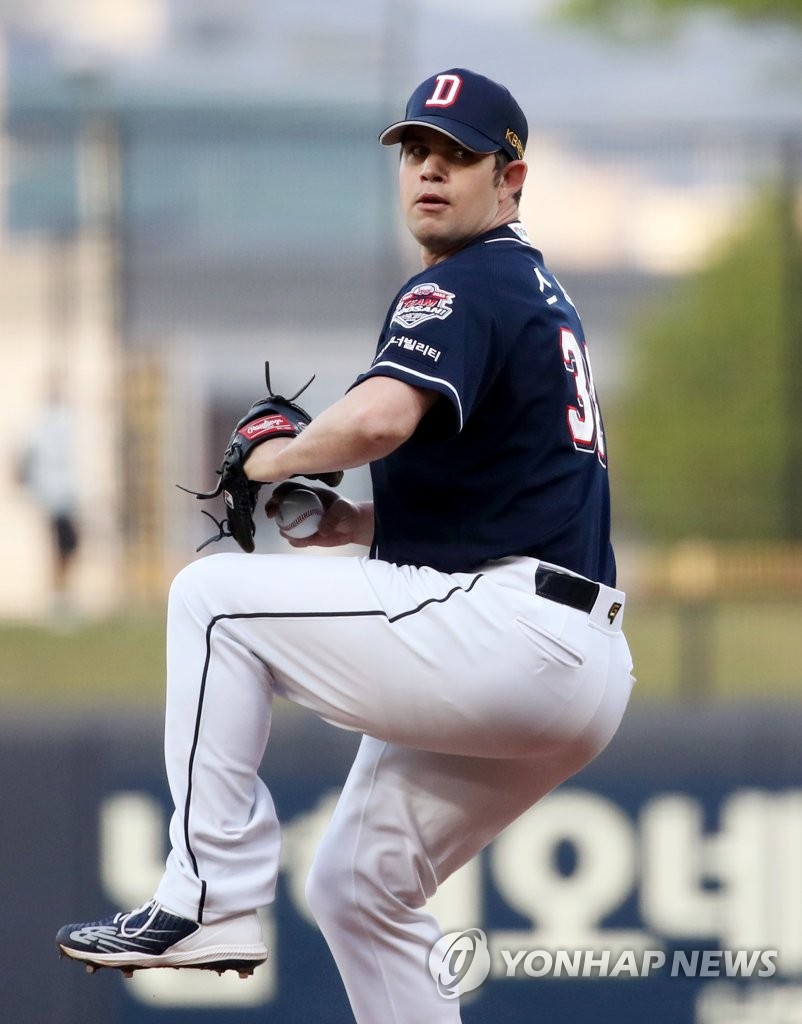 "We had some concerns about whether he'd be able to keep throwing hard in late innings," Kim said. "It'd be understandable if he ran out of gas in hot summer days. But even early in the season, we weren't sure if he'd lose zip on his pitches after the fifth inning or so. So far, he has been doing great."

Stock will have to keep doing what he's been doing to help the Bears stay afloat, as the team received even more bad news from Miranda on Tuesday.

The Bears said Miranda was diagnosed with slight muscle damage on the back of his left shoulder after undergoing MRI earlier in the day. He will be re-evaluated after resting for two weeks, and only then will the Bears be able to set the schedule for his rehab.

Miranda had experienced some shoulder issues late last season and earlier this spring, but a Bears official said the damage was discovered in a different area of his shoulder.

The Bears demoted Miranda to the minors on Sunday after two wobbly outings, in which he walked a combined 12 batters in seven innings.

The Cuban left-hander was voted the league MVP last year after leading the league with a 2.33 ERA and 225 strikeouts. That strikeout total was also a new single-season record. 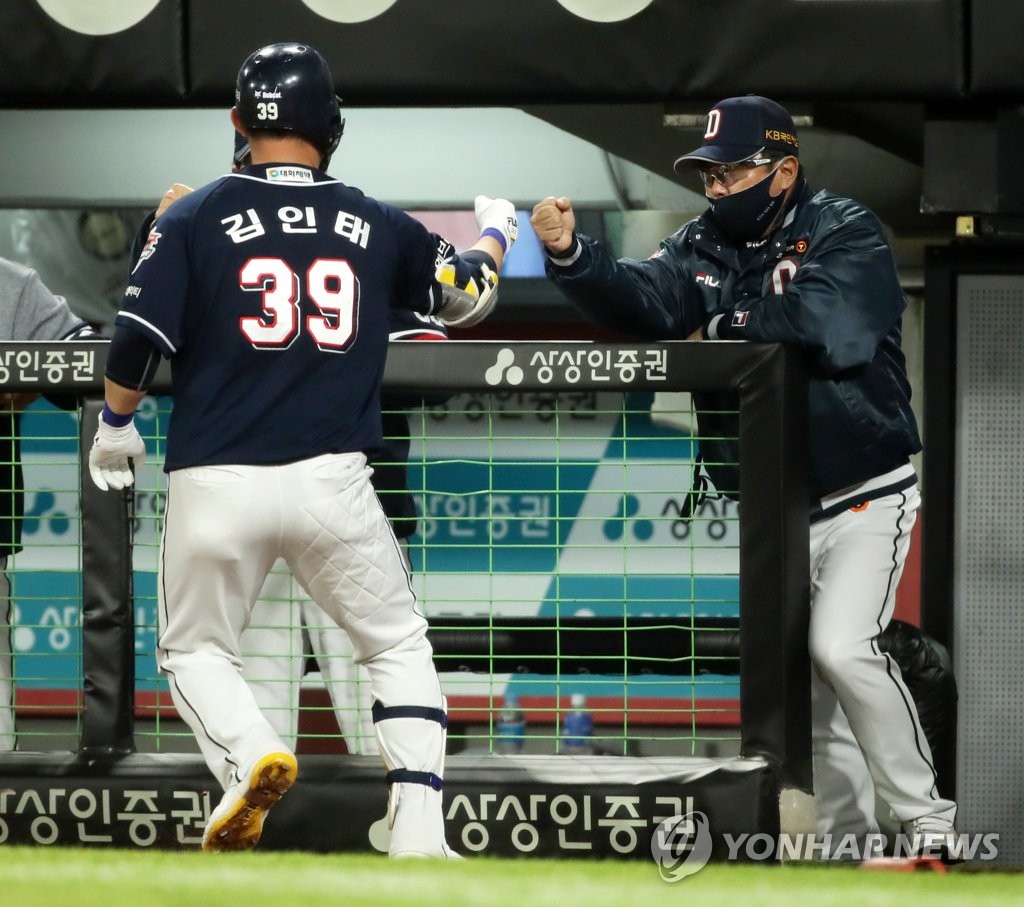