SEOUL, April 27 (Yonhap) -- SK hynix Inc. reported strong first-quarter earnings Wednesday on the back of robust chip demand for servers despite being in the traditionally low season.

The figure is lower than the estimated 3.1 trillion won surveyed recently by Yonhap Infomax, the financial data firm of Yonhap News Agency.

Its operating income for the January-March period came in at 2.86 trillion won, up 115.9 percent, the highest figure for the first quarter since 2018.

"A smaller-than-expected fall in memory chip prices and revenues of Solidigm, which was incorporated as SK hynix's subsidiary at the end of 2021, contributed to the earnings," the company said in a statement.

SK hynix set up its U.S. subsidiary Solidigm early this year following the completion of the first phase of Intel NAND and SSD business acquisition in December.

The world's second-largest memory chip maker after Samsung Electronics also said managing inventory "in a flexible way while focusing on profitability" contributed to its strong performance in the first three months of 2022. 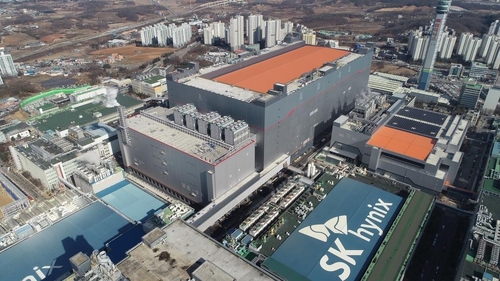 "Some of the DRAM products that had been produced during the middle of 2020 began to suffer quality degradation" the following year, he said during a conference call on Wednesday morning.

He said the issue is tied to some changes in the DRAM production process the company implemented in 2020, when there was a sharp increase in both demand and supply following the downturn the previous year.

SK hynix identified the causes and strengthened its quality validation process, Noh said, adding that the company "will be able to minimize the possibility of the same issue occurring again."

The replacement process for customers will take place for the next two years or so, and the cost has been reflected in the first quarter, he said.

Saying the impact of the provision will be "short-lived," the company said, "Development of technology and production of next-generation products are also being implemented as scheduled without a delay."

"I think we've accomplished meaningful performance despite the seasonality issue," Noh said. "As demand for server chips is on the rise, the memory business will improve into the second half."

He noted, however, there is a delay in procuring high-end chip equipment due to the global supply chain woes, which could cause "some issues with the tech migration to the latest technology."

"Because the equipment lead time is getting longer, it is also affecting the development, or the migration to, like, a one nanometer or the 176-layer," he said, referring to the 176-layer NAND flash, the third generation 4D product that secures the industry's best number of chips per wafer.

Despite the difficulty in the supply of the equipment, the company will work to "meet customer demand by continuing to improve the yield rate," he added. 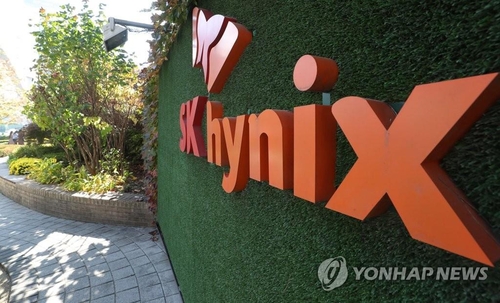