(ATTN: UPDATES throughout with remarks from event; CHANGES headline, photo)

The group met over lunch at Dongdaemun Design Plaza, a cultural hub in Seoul, as part of a series of lunches organized by the transition team's national unity committee to help the president-elect listen to the voices of diverse sectors.

"It's an honor that all of you, the Republic of Korea's biggest stars, agreed to share your precious time," Yoon said. "Today, I will have to learn a lot from you about how you rose to your positions."

Yoon turned to Choi to thank her for winning gold at this year's Beijing Winter Olympics, noting her victory came when South Koreans were angry over "unfair refereeing" against her teammates.

"Thanks to you, people relieved their stress," he said, drawing applause from the participants.

Earlier, Yoon's spokesperson Bae Hyun-jin said the president-elect planned to use the event to express his gratitude to the culture, arts and sports communities for bringing hope to the people and uniting the country during the difficult times of the COVID-19 pandemic. 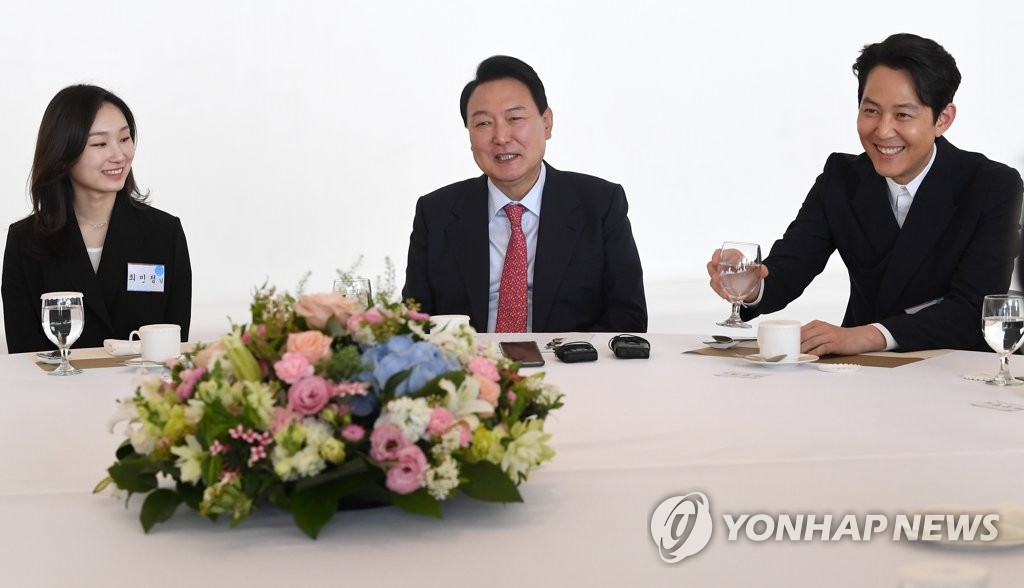