SEOUL, April 27 (Yonhap) -- Lotte Chemical Corp. said Wednesday it has signed an initial deal with a U.S. startup to produce advanced battery materials for electric vehicles, as the company pushes to pivot to the battery materials business.

Under the memorandum of understanding signed with Soelect Inc., a North Carolina-based battery component maker, Lotte intends to invest US$200 million in the joint venture to build a lithium-metal anodes factory in the United States by 2025, Lotte said in a release.

Lithium-metal batteries use metal, instead of graphite, which greatly enhances energy density and stability compared with lithium-ion batteries.

Lotte Chemical said it will spend 4 trillion won (US$3.16 billion) on the battery materials business to meet the growing demand from electric vehicle makers and aims to post 5 trillion won in sales for the sector by 2030. 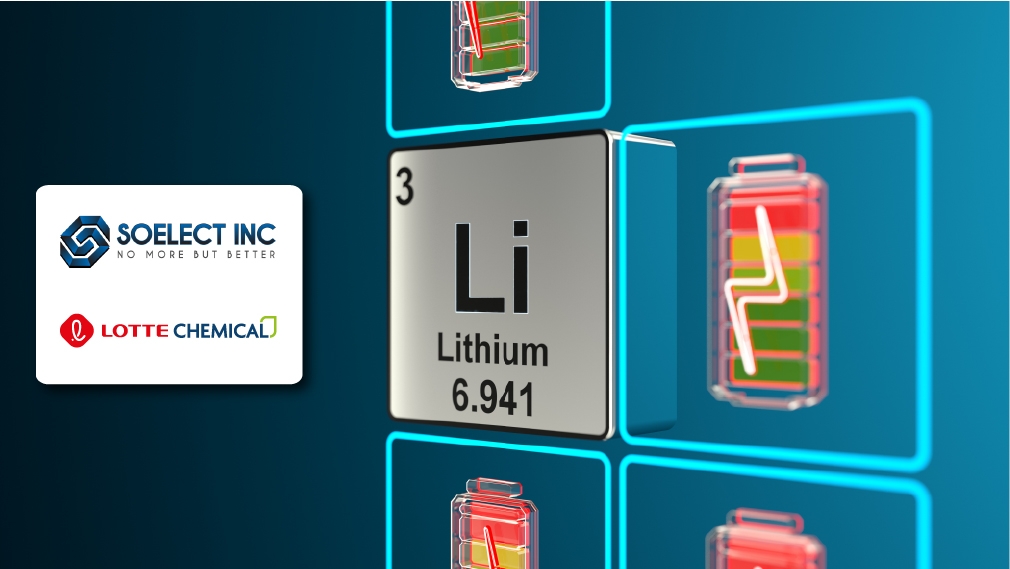