Its net for the three months ending in March came to 54.3 billion won (US$43 million), down 79.6 percent from a year earlier, the company said in a regulatory filing.

The company posted 38.3 billion won in operating profit for the January-March period, compared with 523.4 billion won a year ago. Sales fell 6 percent to 6.47 trillion won.

The operating profit was 62.5 percent lower than the average estimate surveyed by Yonhap Infomax, the financial data firm of Yonhap News Agency. 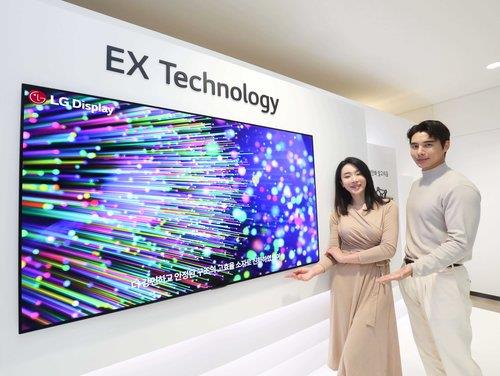 The company blamed the poor performance in the quarter on the traditionally low season for IT products, coupled with difficulties in securing parts and delivering set products, especially amid the prolonged lockdowns in China.

The LCD panel business takes up around 60 percent of its total sales, while organic light-emitting diode (OLED) panels account for around 30 percent.

But the company said it expected its profitability to begin improving in the second quarter with the increased adoption of its newest OLED TV technology, OLED.EX.

The company, the world's sole supplier of large OLED panels for TVs, said the new panels can deliver better picture quality by enhancing brightness up to 30 percent compared with conventional OLED displays.

"While the overall demand is on the decline, there is a chance for us to grow further in the high-end TV market," the company said in the statement, adding it will continue to focus on the OLED business.