SEOUL, April 27 (Yonhap) -- In the latest feather to his cap, the Kia Tigers ace Yang Hyeon-jong has climbed to third place on the career strikeouts list in South Korean baseball history.

And the 34-year-old left-hander isn't done chasing records and milestones in the Korea Baseball Organization (KBO).

With six strikeouts in 6 2/3 innings Tuesday night against the KT Wiz, Yang reached 1,702 strikeouts for his career. The bespectacled pitcher moved past Sun Dong-yol, the former Tigers icon who had 1,698 strikeouts, into third place. Next up is current Wiz manager Lee Kang-chul, who recorded 1,751 strikeouts. 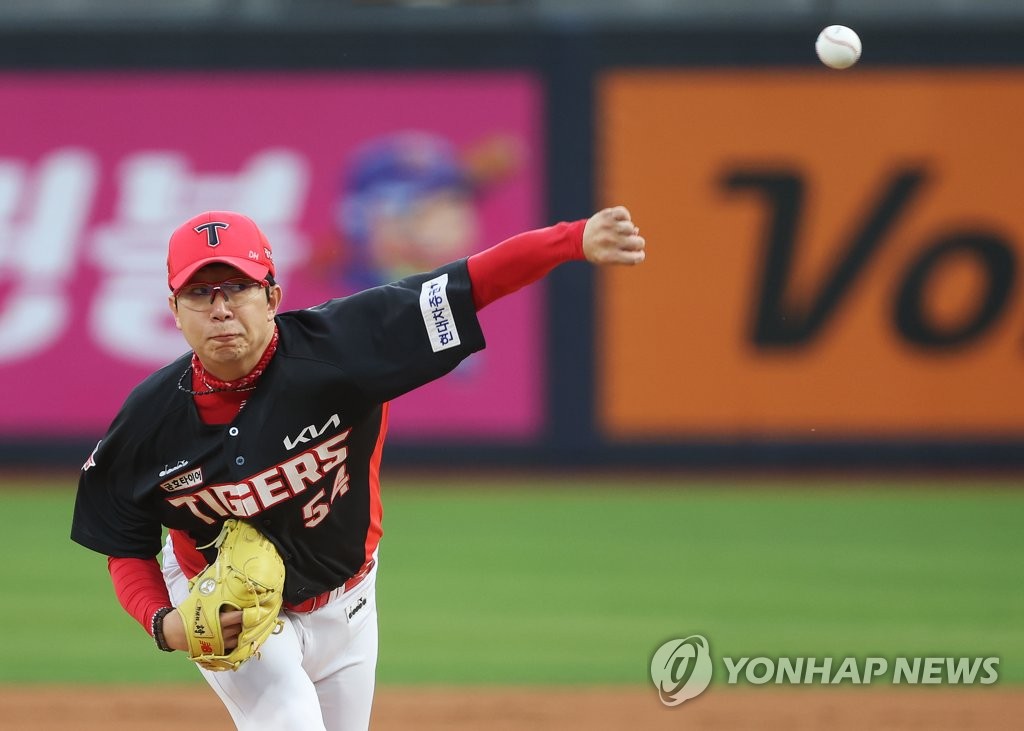 Yang should be able to breeze past Lee this season and will then take aim at the all-time record of 2,048, held by former Hanwha Eagles ace Song Jin-woo.

Yang would already be in second place on this ranking had he not spent the 2021 season with the Texas Rangers. From 2014 to 2020, Yang struck out 1,119 batters, more than anyone in the league over that span. No one else even had 1,000 Ks inside that seven-season window.

After leading the Tigers to a 10-5 win and collecting his first KBO victory since Oct. 18, 2020, Yang appeared almost nonchalant about his strikeout milestone.

"I've not been paying attention to the strikeout number. I've only been trying to stay consistent on the mound," Yang told reporters at KT Wiz Park in Suwon, some 45 kilometers south of Seoul. "I'd like to thank my parents for giving me a healthy body."

Yang said he wants to break another record held by Lee, a former sidearm ace for the Tigers. 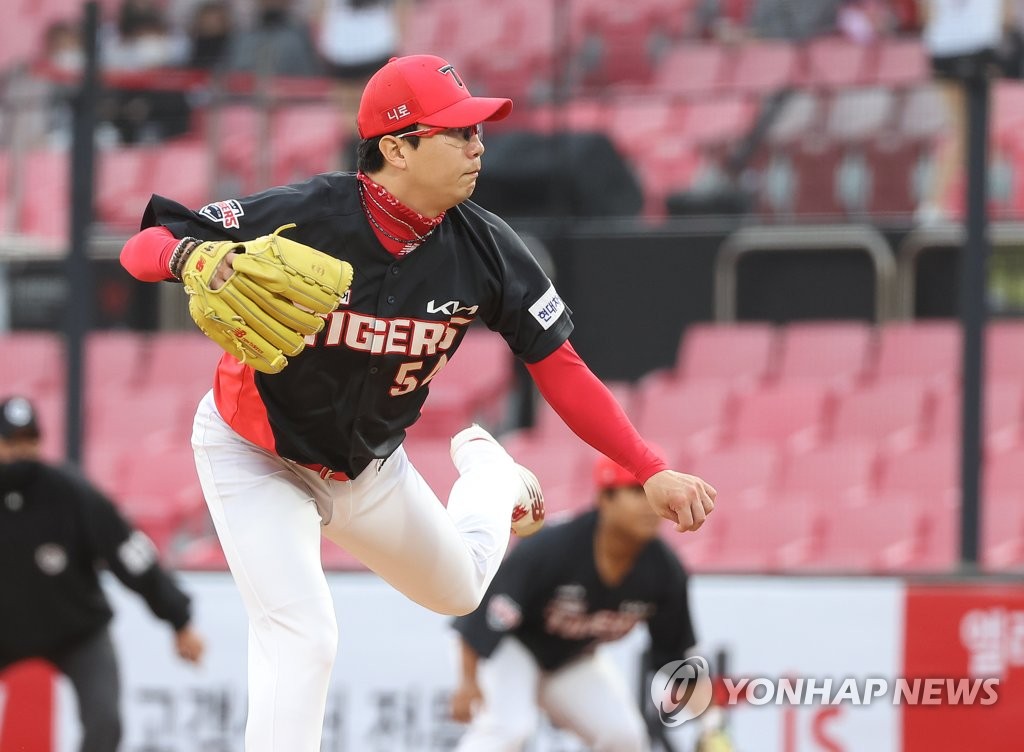 Because Yang didn't pitch here in 2021, his year-to-year streak of 10 or more victories ended at seven. But the KBO will still recognize the consecutive season mark if Yang strings together four campaigns with at least 10 wins.

"Whenever manager Lee sees me, he tells me to go break his record," Yang said. "It's something you won't see much in the future. And it's also the record that I want to break the most. As I get older and older, I feel like I am getting closer to that mark."

Yang is behind the eight ball this year. Yang's win on Tuesday was only his first of the season in five outings. The hard-luck starter has a sparkling 1.71 ERA, with six earned runs allowed in 31 2/3 innings, but the lack of run support has only led to a 1-2 record. 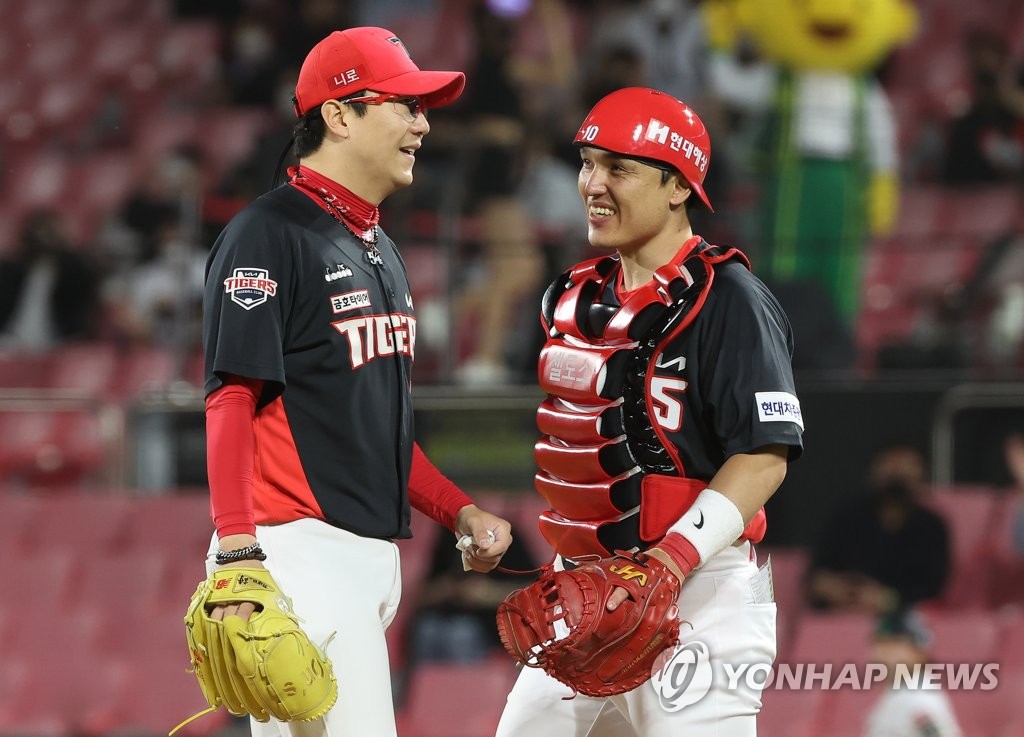 Yang is as durable as they come, which should work in his favor as he will likely make around 25 more starts this season.

Tuesday's win pushed Yang to 148 wins, which puts him on pace to get past Lee, who won 152 games, for third place on the all-time wins list later this year.

Yang will have to get more offensive support and lucky bounces to topple 161 wins by Jeong Min-chul, former ace for the Hanwha Eagles and now general manager of that same club, in 2022. 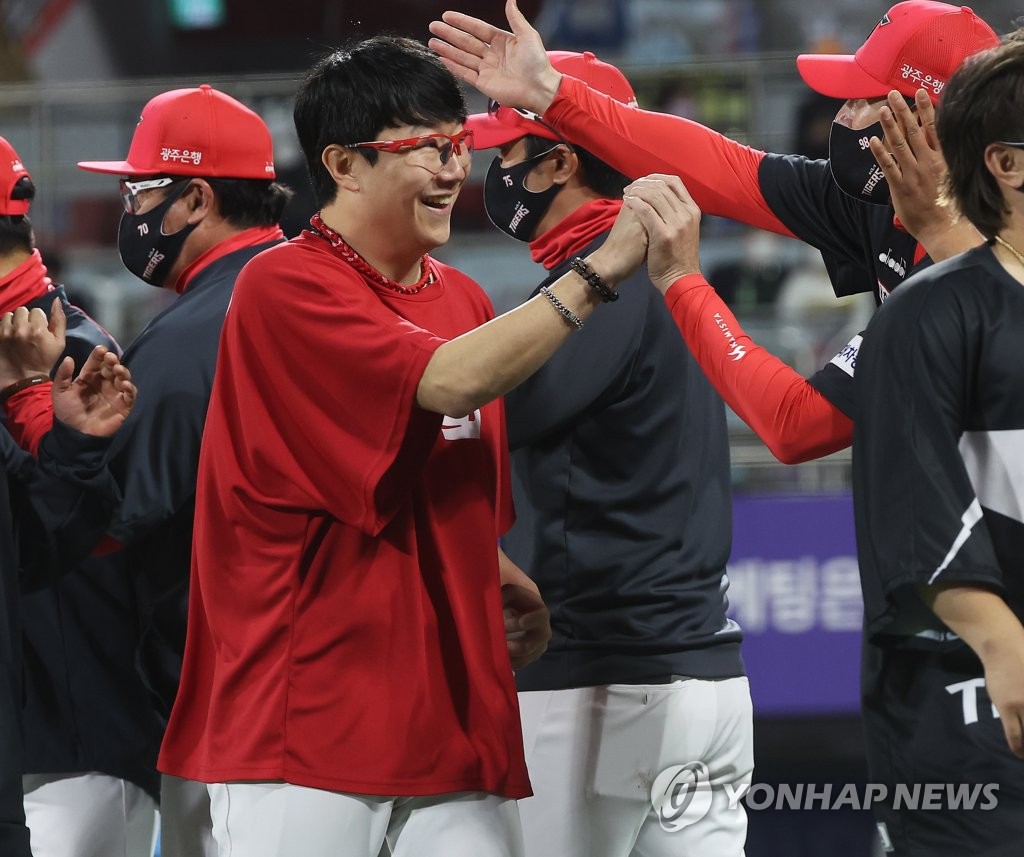 Song, the career strikeout king, also holds the record for most victories with 210.

Yang is also moving up the career innings list. He is sitting at 2,017 2/3, more than any other active pitcher and seventh-most in league history. 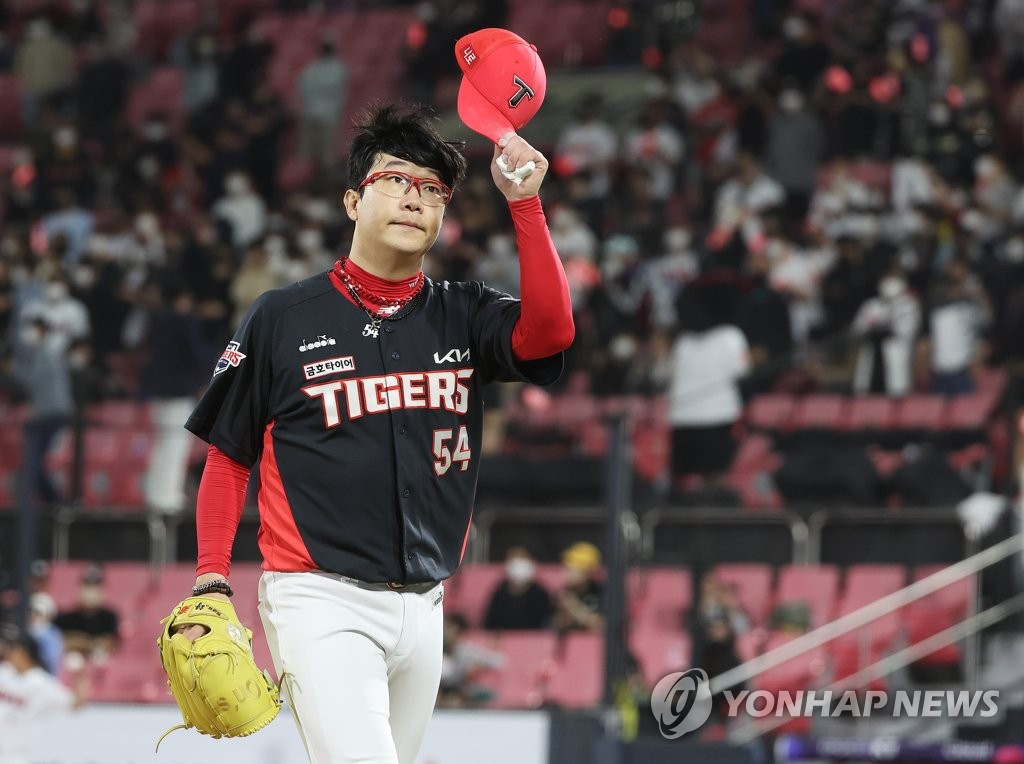