SEOUL, April 27 (Yonhap) -- K-pop group Stray Kids has been on the Billboard's main albums chart for a fifth consecutive week with its latest EP "Oddinary."

Fully unveiled on March 18, the seven-track album debuted at No. 1 on the chart early this month, making Stray Kids the third K-pop act ever to top the chart, following BTS and SuperM.

The EP also surpassed 100 million streams on Spotify on Monday, 37 days after its release, according to the group's agency JYP Entertainment. 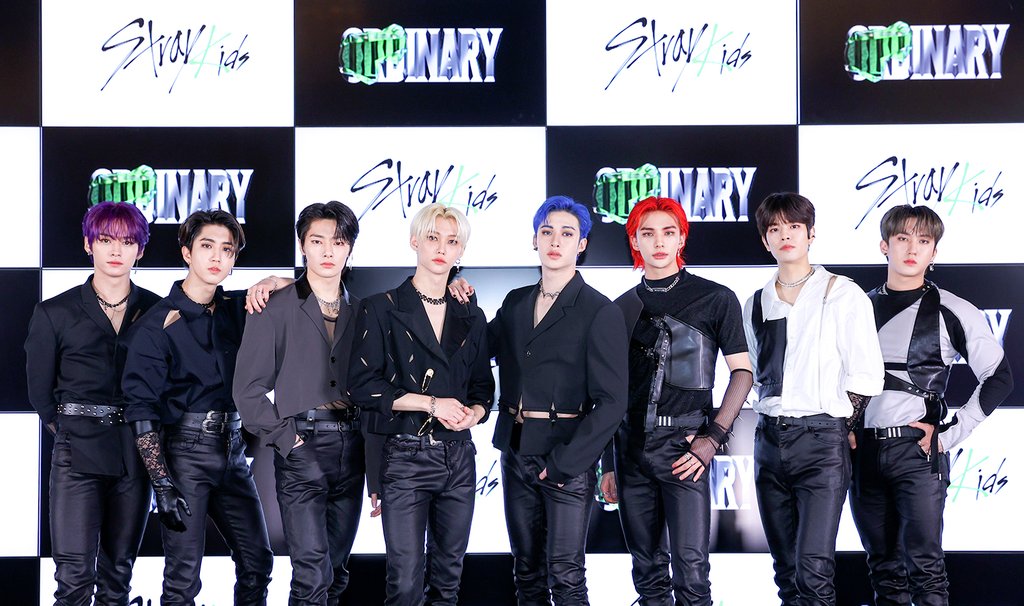 All members, led by 3RACHA, the group's own producing unit composed of Bang Chan, Changbin and Han, took part in the album's production.

The band is scheduled to kick off its second world tour Friday. Beginning with a three-day concert in Seoul, it will visit 10 cities in Japan and the United States until July 27.