SEOUL, April 28 (Yonhap) -- The main opposition People Power Party (PPP) on Thursday hinted that it could seek to revise the referendum act for a national referendum on controversial prosecution reform legislation during the June local elections.

The PPP's move came as the ruling Democratic Party (DP) forcefully ended the PPP's filibuster designed to block the prosecution reform bill, sending the bill to a plenary vote later this week.

With the DP controlling a majority in the National Assembly, the PPP has limited resources to block the bill that would strip the prosecution of its investigative powers.

President-elect Yoon Suk-yeol's chief of staff Chang Je-won said Wednesday that Yoon's aides will propose the president-elect a national referendum on the legislation. However, the National Election Commission said such a referendum would be impossible unless the referendum act is revised to allow overseas Koreans to cast their votes.

PPP Chairman Lee Jun-seok told reporters that his party will hold consultations with Yoon's transition team and the party will "immediately take actions to begin revising a section on overseas Koreans."

Rep. Sung Il-jong of the PPP also told a CBS radio that there is the need for lawmakers to consider revising the election law for a referendum on prosecution reform legislation.

The PPP's filibuster ended at midnight as the DP, which holds 171 out of 300 National Assembly seats, voted for an early end of the parliamentary session, one of the tactics that can be employed to break up a filibuster. 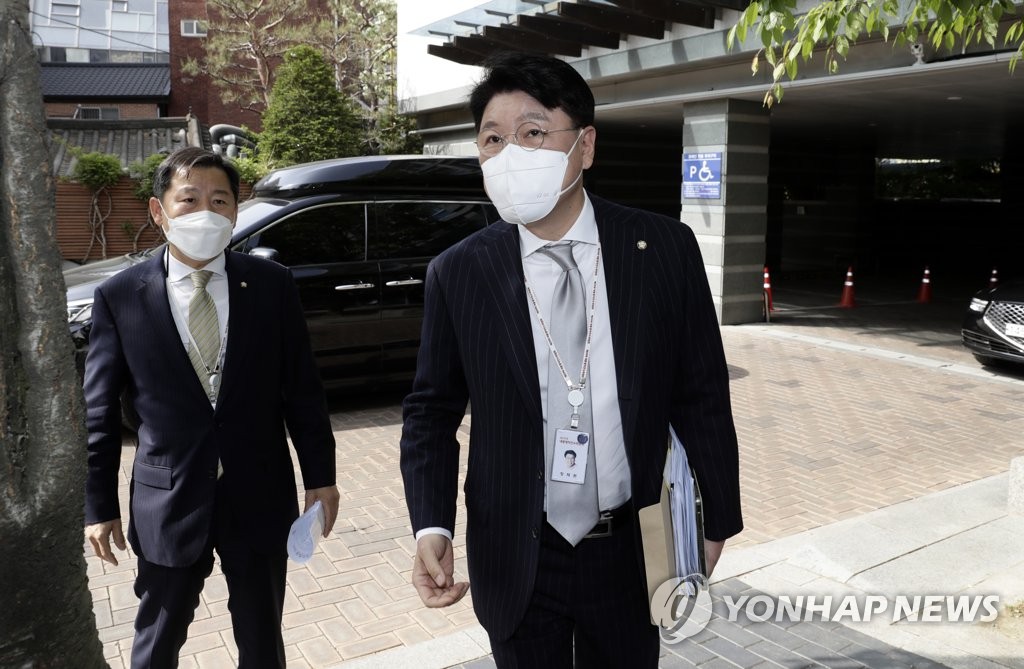 By law, a bill that was subject to filibuster will be automatically put to a vote three days after the delaying strategy ends. That means that a revision to the Prosecutors' Office Act, one of the two prosecution reform bills, will be put to a plenary vote on Saturday.

During Saturday's session, the DP is also expected to introduce another reform bill, a revision to the Criminal Procedure Act. Should the PPP launch another filibuster, the DP is expected to use the same tactic to break it up.

In that case, the bill will automatically be put to a plenary vote on Tuesday.

The DP plans to complete all legislative procedures for the legislation and promulgate it into law at the last Cabinet meeting of the outgoing Moon Jae-in administration on May 3. 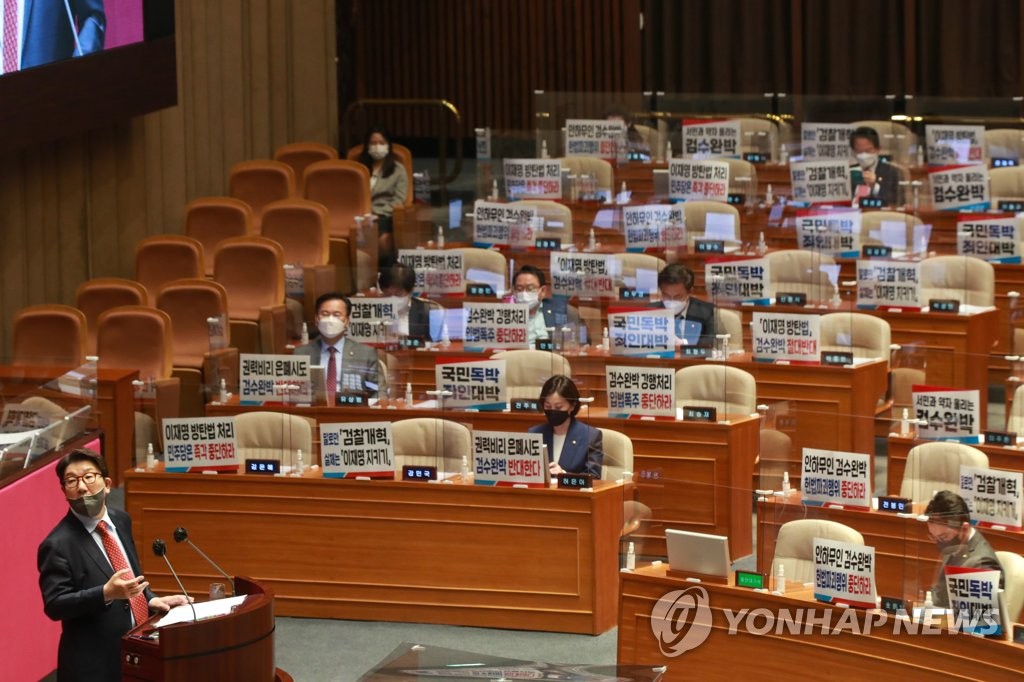 "The DP is overplaying its hand in the period of government transition because it is afraid of its corruption in the past five years, which was protected by the president's power, getting revealed to the people," Kweon said. "Why are they so afraid of the Yoon Suk-yeol government's prosecution?"

Three other lawmakers, including two from the ruling DP, spoke during the seven hours of filibuster. 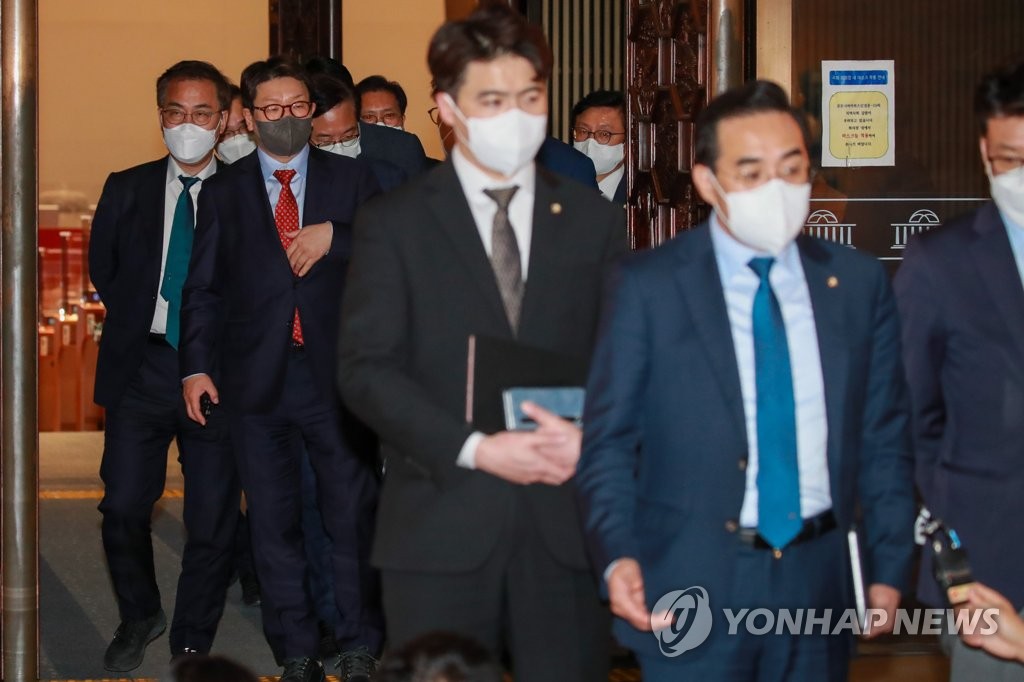