SEOUL, April 28 (Yonhap) -- An employee of Woori Bank, one of South Korea's largest commercial banks, has been taken into custody after he turned himself in for embezzling more than 60 billion won (US$47 million) from the company, police said Thursday.

The employee, whose identity was withheld, surrendered to Namdaemun Police Station in central Seoul at around 10:30 p.m. Wednesday, according to officials.

Police were taking measures to issue a travel ban on the employee after they received a report on the case from Woori Bank.

"We will review seeking a court arrest warrant after investigating details of this case," police officials said.

Most of the stolen money was from a 57.8-billion won contract deposit that Woori has to return to an Iranian company in connection with a failed acquisition deal.

"In addition to filing a criminal complaint against the employee, we will try to minimize loss by taking active measures to recover the embezzled money, including a provisional attachment of (the employee's) properties," the bank said. 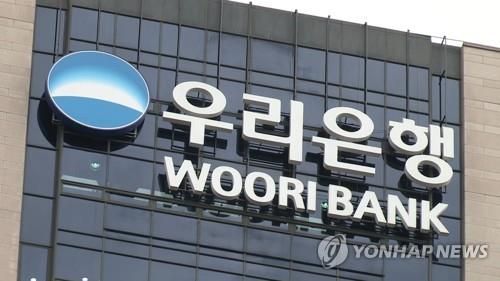