The country's outbound shipments of cars came to US$10.93 billion in the first quarter, down 0.6 percent from the previous year, according to the data from the Korea Customs Service.

It marked the first on-year fall since the second quarter of 2020 when car exports fell 40.6 percent.

The decline was mainly blamed on the continued shortage of auto chips and global supply chain disruptions. Russia's war with Ukraine also dented South Korea's auto exports to Russia, according to the customs office. 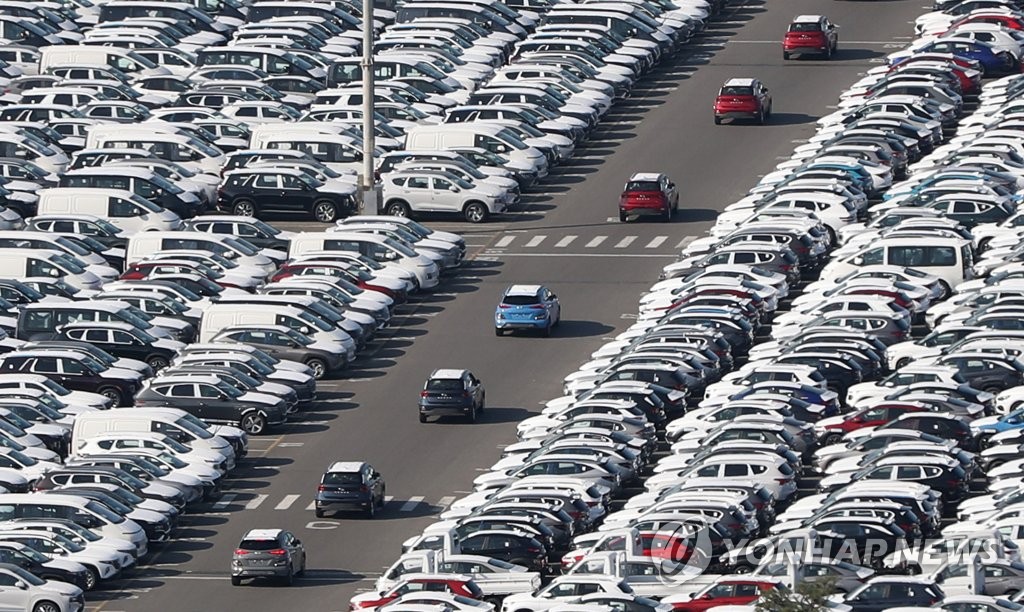 Despite the overall fall in auto exports, shipments of eco-friendly autos, including hybrid models and electric cars, remained solid.

By country, auto exports to the United States fell 1.5 percent on-year to $4.6 billion and those to Canada declined 17.2 percent to $789 million. Auto shipments to Russia decreased 37.7 percent to $355 million.

Last year, the country's auto exports hit a seven-year high of $42.6 billion due to a rebound in demand from the pandemic and brisk shipments of eco-friendly cars.

The South Korean economy has been on a recovery track on the back of robust exports. But it faces heighten economic uncertainty as high inflation threatens to curb economic growth.