Transition team chief Ahn Cheol-soo, who also doubles as the head of the team's special COVID-19 response panel, announced a 100-day road map that aims to fully compensate the pandemic-hit small business owners after working on it for about a month.

Ahn said 5.51 million small businesses suffered an estimated 54 trillion won (US$42.4 billion) worth of damage in the past two years due to the pandemic.

"The exact calculation of damage is the basic of the basics," Ahn said. "I cannot understand why (the current government) has not done it."

Ahn added the incoming government plans to provide grants based on the businesses' size and revenue losses, meaning those who suffered big damages will get larger grants. The maximum amount of the grant has been reportedly set at 6 million won.

Such a plan, however, is slightly different from Yoon's earlier pledge of giving 6 million won each to all small businesses.

The team announced the incoming government will enhance its compensation system to better reflect the businesses' actual losses. It also plans to raise the minimum amount of a relief grant, which is currently set at 500,000 won, in June.

The transition team's road map also includes financial measures and tax programs, such as extending the due date for payments, to help small business owners. 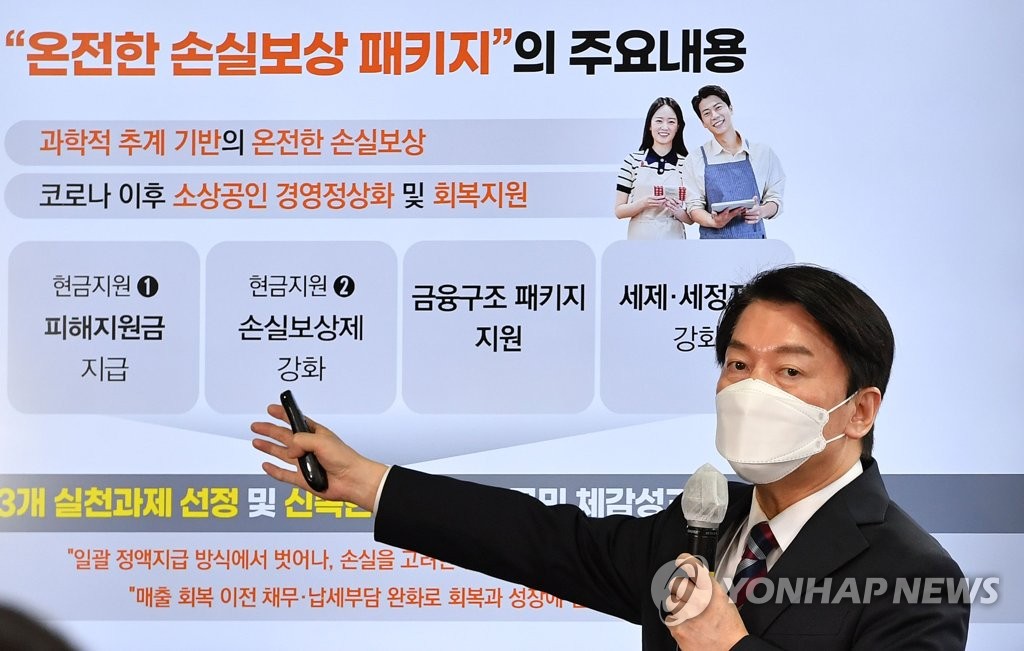