WASHINGTON, April 28 (Yonhap) -- The United States and 60 other countries issued a joint declaration for the future of the Internet on Thursday, vowing to promote human rights, freedom, democracy and the rule of law in the digital realm.

U.S. officials said the declaration is not targeted at any specific country or regime but that it does seek to counter what they called "digital authoritarianism."

"We further affirm our commitment to protecting and respecting human rights online and across the digital ecosystem," it added.

South Korea, a traditional ally of the U.S., has yet to join the declaration, but the officials here said the invitation remains open to all countries willing to join. 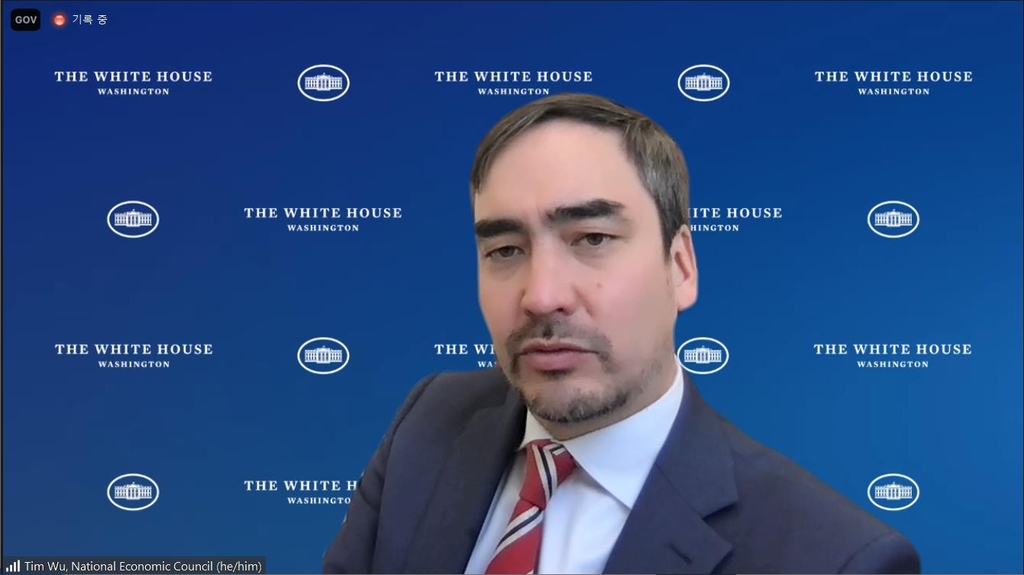 "I just want to underscore that the launch of this declaration really is the beginning of this continuing conversation, and the invitation remains open to all countries who share in this vision and are willing to commit to and endorse these principles to join," Ruth Berry, acting deputy assistant secretary of state for international information and communications policy, said in an online press briefing.

"And so we hope to see the number of countries and partners grow over the coming months as we work together to implement this vision both at home and internationally," she added.

Berry said the declaration is not aimed at any specific country when asked about the limited access to the Internet by the people in North Korea, but that the declaration seeks to promote freedom of expression.

"The declaration is country agnostic and the principles contained there, I think, speak for themselves about the importance of governments and other authorities committing to conduct that respects human rights online and promotes and open, interoperable, reliable and secure global internet, including support for freedom expression and allowing legitimate content online," she said.

"It does express principles that we do believe are the norms for the Internet and how countries should comport themselves," he told the briefing, adding, "And it does express great concerns with censorship of news outlets, unlawful surveillance and other conduct which we think nation states and other entities should not be involved in."