It had been suspended since 2016 after China, the North's traditional ally and biggest trade partner, voted in favor of United Nations sanctions against Pyongyang.

Showcased online during the two-month event that kicked off on Thursday are products ranging from agriculture, light industry, construction, fisheries and medicine, the official Korean Central News Agency reported.

"The trade fair will contribute in boosting cooperation between North Korea and China in the field of economics and science and technology," the Korean Central Broadcasting Station also said.

Pyongyang and Beijing have jointly held the trade fair every year from 2012 to 2015 in the Chinese city of Dandong on the border with the North. It was cancelled in 2016 amid strained bilateral ties over China's endorsement of U.N. sanctions against the North for its nuclear testing.

The trade fair to end on June 28 marks the North's first international trade event since the COVID-19 outbreak, as the reclusive country seeks to shore up its economy amid crippling sanctions and the prolonged pandemic.

Meanwhile, freight train operations on a route connecting Dandong to the North Korean border city of Sinuiju were suspended Friday at the request of Pyongyang amid the spread of COVID-19 in the Chinese city, according to sources.

The North has told China that it does not intend to halt the route completely, the sources said, raising expectations that train operations could resume when the COVID-19 situation and other conditions improve.

Cargo train operations on that route resumed in January, 1 1/2 years after the North closed its borders to ward off the pandemic. 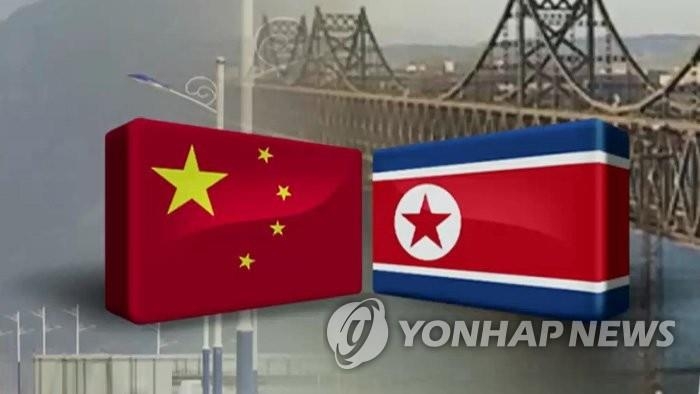