SEOUL, April 29 (Yonhap) -- Web series about love between boys have been gaining popularity in South Korea, encouraging the local entertainment industry to wade into the queer romance genre.

"Semantic Error," an original series by local streamer Watcha, has been atop the company's weekly popular show list for eight straight weeks since its premier in February.

Based on the namesake web novel, the eight-part series is about the romantic relationship between two male students in a college, who get closer and acknowledge feelings for one another during a group project.

It is the first original content made by a local online streaming service that depicts gay romance and focuses more on the narrative between two presumably homosexual characters.

Thanks to the larger-than-expected popularity of the series, its lead actors Park Jae-chan and Park Seo-ham started to become famous among Korean drama fans, while the show's YouTube clips have received hundreds of thousands views.

Its script also hit the local best-selling chart. On the weekly sales list of Yes24, a local online bookstore, preorders of the series' screenplay ranked first in the fifth week of April.

Watcha has expanded its collection of boys' love shows, including the local romance drama "Light On Me" and the Chinese fantasy "The Untamed," in order to catch the eyes of fans of queer storytelling. 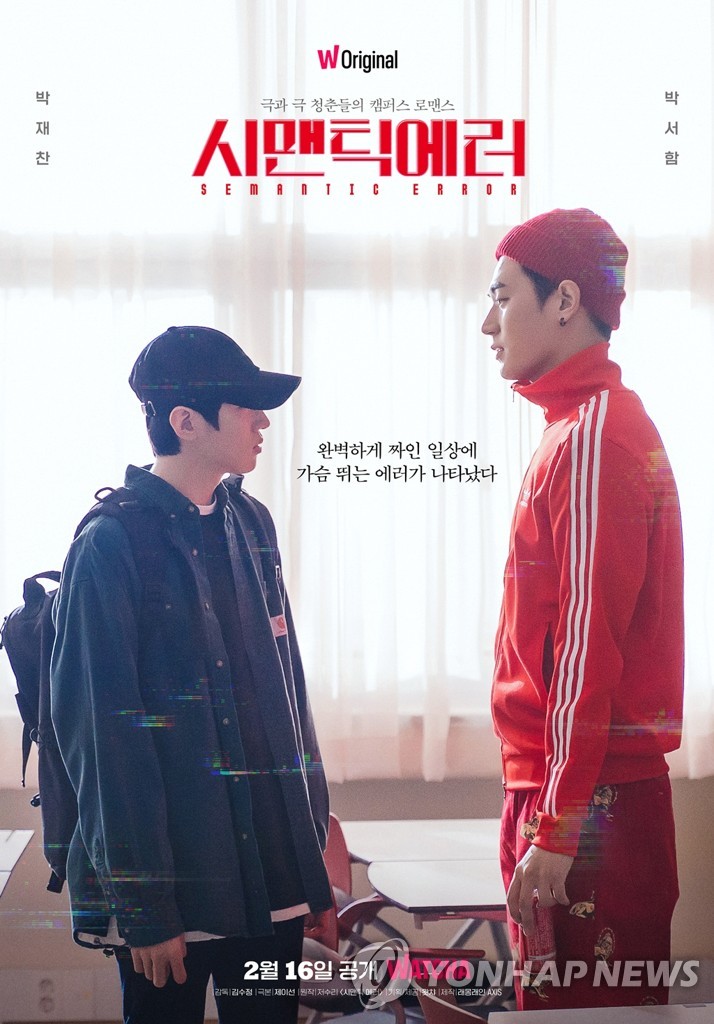 Moreover, Next Entertainment World, or NEW, a major film distributing and production company, has also ventured into the uncharted but booming territory, which has been regarded as a genre for minor eccentric fans who enjoy such gay romance novels and comics on the internet.

Its first such web series "Blueming" was released online March 31, topping the daily and weekly chart on Naver Series On, a local streaming platform, upon its premier.

The film adaptation of the hit gay romantic comedy "To My Star" (2021) was released through Netflix and other online platforms last month, while its second season will be available later this year.