The world's largest memory chip and smartphone maker reached an agreement with representatives of its employees over wages and other labor policies, including paid leave. The announcement was said to be made internally earlier in the day, according to the sources.

The pay raise is about 1.5 percentage points higher than the 7.5 percent wage hike in 2021, the highest in a decade.

Samsung employees initially demanded the tech giant raise their annual wages by more than 15 percent. But both sides reached a compromise on an amount smaller than that, given the unfriendly macroeconomic environment.

The two sides also agreed to add three more days of paid leave and extend the period of paternity leave from 10 days to 15 days to improve a work-life balance.

In addition, Samsung will soon introduce a new policy under which highly skilled and experienced workers can continue working after retirement. 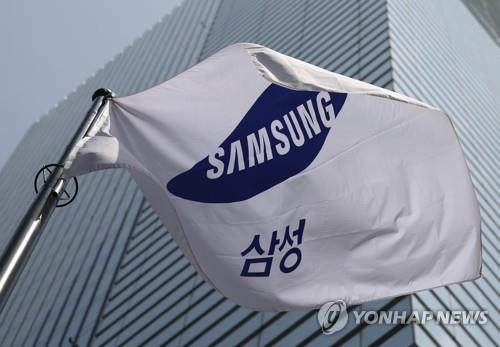 Separately, Samsung's unionized workers, which accounted for around 4 percent of the total 110,000 workers, have engaged in wage negotiations with the management since October last year.

The two parties have so far held 19 rounds of negotiations but failed to iron out differences despite arbitration efforts by the National Labor Relations Commission.

The unionists have called on the company to offer an annual salary raise of 10 million won (US$8,155) per employee, fully disclose its incentive system and abolish its peak wage system, which gradually reduces salaries for senior workers several years before retirement, among other things.

They have been protesting in front of the residence of Samsung Electronics Vice Chairman Lee Jae-yong since mid-April, demanding Lee directly talk to them about wage issues. 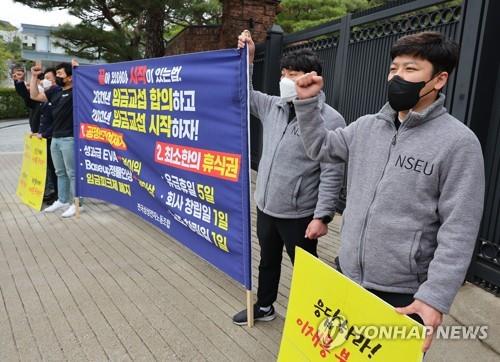