SEOUL, April 29 (Yonhap) -- Police have launched a preliminary investigation into a North Korean defectors' group that sent propaganda leaflets, including some containing information on the news of Yoon Suk-yeol's election as South Korean president, to the North across the western inter-Korean border earlier this week, officials said.

The Fighters for Free North Korea (FFNK) said the previous day it sent big balloons carrying some 1 million anti-Pyongyang leaflets over to North Korea from Gimpo, west of Seoul, on Monday and Tuesday and will carry out more launches.

Some of the leaflets carried photos of Yoon.

The Seoul Metropolitan Police Agency is looking into the case before booking the group on charges of violating the revised Development of Inter-Korean Relations Act that bans the sending of propaganda leaflets across the border, according to officials.

Those who violate the law can be subject to up to three years in prison or a maximum fine of 30 million won (US$23,700).

"We are checking facts on details of the latest campaign, including the location and time," police said. 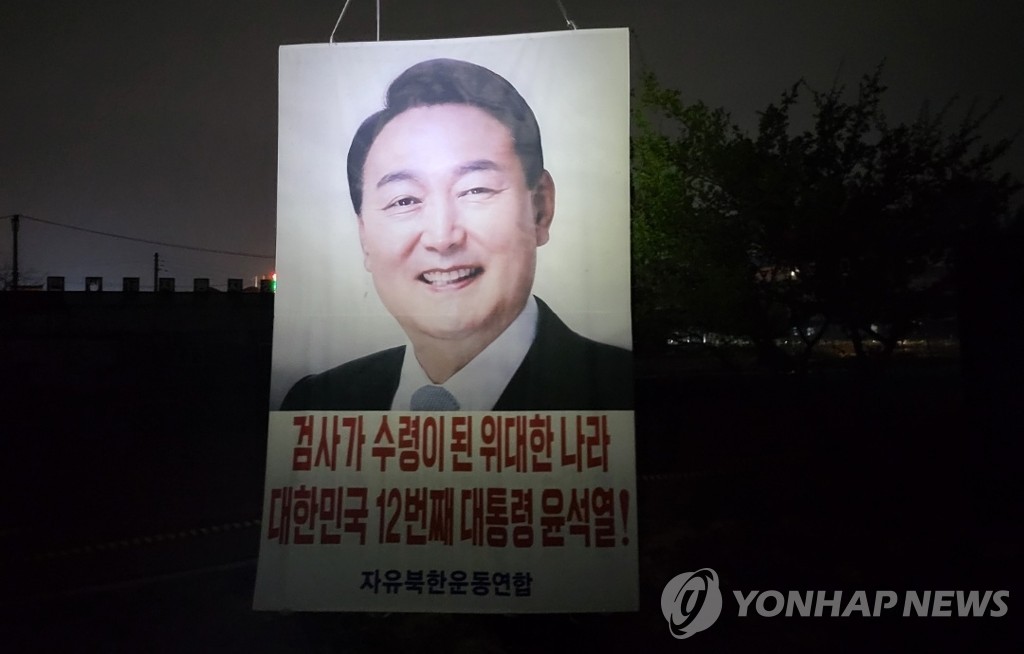