SEOUL, April 29 (Yonhap) -- Thirty-seven percent of South Koreans believe Prime Minister nominee Han Duck-soo is not fit for the country's No. 2 job, according to a poll released Friday.

The Gallup Korea survey of 1,003 adults, conducted from Tuesday to Thursday, also showed 30 percent saying Han is fit to be prime minister in the incoming government. Thirty-three percent of respondents declined to answer.

Han, 72, was picked by President-elect Yoon Suk-yeol as the first prime minister of the incoming government, but he has come under fire for allegations of conflicts of interest related to his home in the early 1990s and his stint with the law firm Kim & Chang.

His confirmation hearings on Monday and Tuesday grounded to a halt after the ruling Democratic Party (DP) and the minor opposition Justice Party boycotted the sessions due to Han's failure to submit requested information. The two-day confirmation hearing on Han has been rescheduled for next week. 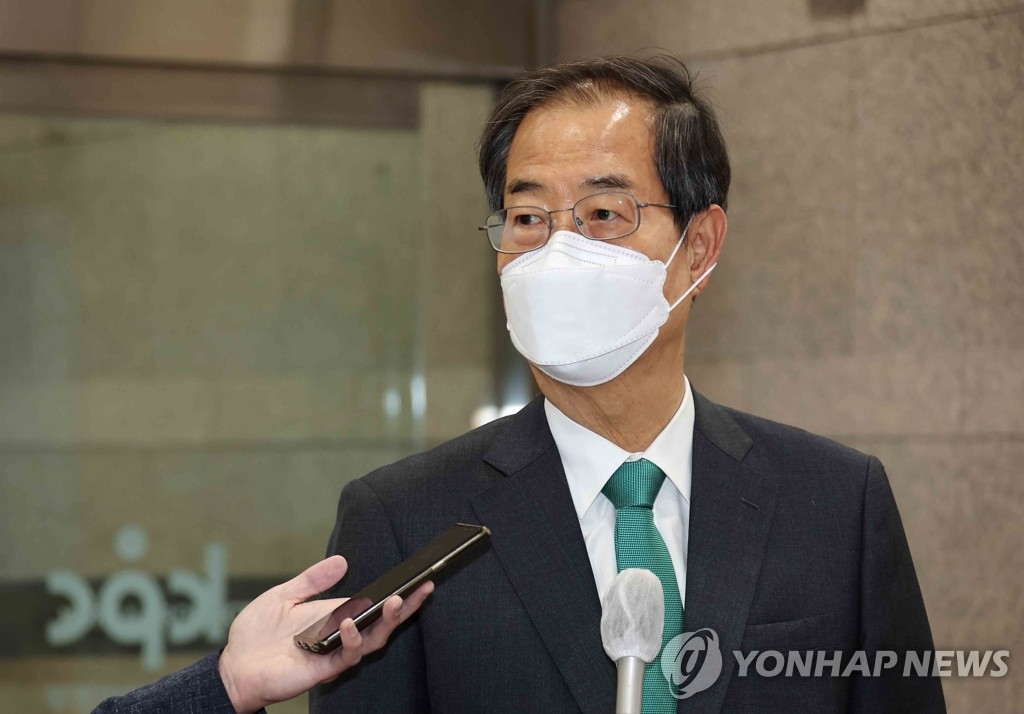 Meanwhile, 43 percent said Yoon is doing a good job, while 44 percent answered the opposite.

Asked why they negatively view Yoon's performance, 35 percent cited his plan to relocate the presidential office, while 14 percent pointed out his personnel appointments.

In regard to the approval rating of outgoing President Moon Jae-in, 45 percent rated his performance positively, while 49 percent gave a negative assessment.

On the favorability rating of political parties, Yoon's People Power Party gained 41 percent, followed by the DP with 33 percent and the minor progressive Justice Party with 23 percent.