SEOUL, April 29 (Yonhap) -- Psy, who rose to global fame through his viral video "Gangnam Style," made a long-awaited comeback Friday with his ninth full-length album that he said was made "with great care."

"It's an album I have prepared for a long time, with great care," the 44-year-old singer-rapper said during a press event to promote the album at a Seoul hotel. "Aside from the main track, I made either a music video or performance video for seven other tracks."

Some of the videos were made two to three years ago because he had thought they would be released soon, he added.

The upcoming album, titled "Psy 9th," has a total of 12 tracks led by "That That," which was co-produced by and features Suga of K-pop supergroup BTS. Suga also participated in composing, arranging and writing lyrics for the song. 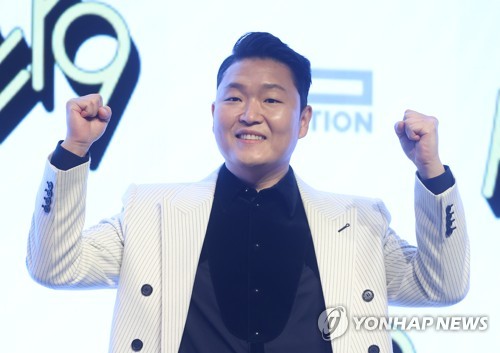 Psy shared how he came to do his first collaboration with the BTS rapper.

"Last year, Suga, not a member of BTS but as producer Min Yoon-gi, made an offer to me, saying he had 'a meaningful song.' I listened to the melody and it was really good."

Psy said Suga's offer to collaborate for a Latin-style tune was very timely because he was seriously considering quitting his iconic electronic dance music at that time. He said he truly appreciated the younger artist for visiting him.

"Looking at him, I was impassioned. It provided me an opportunity to remind myself that I used to be such a funny and rough musician," he said.

He wrote the lyrics for the intro-track titled "9INTRO" by himself, revisiting the past 22 years of his singing career.

"Seven younger musicians took part in the album, and all of them gladly accepted my offer without any conditions attached. I was very proud that such hot and young musicians communicated with me without a sense of alienation even though I'm no longer young." 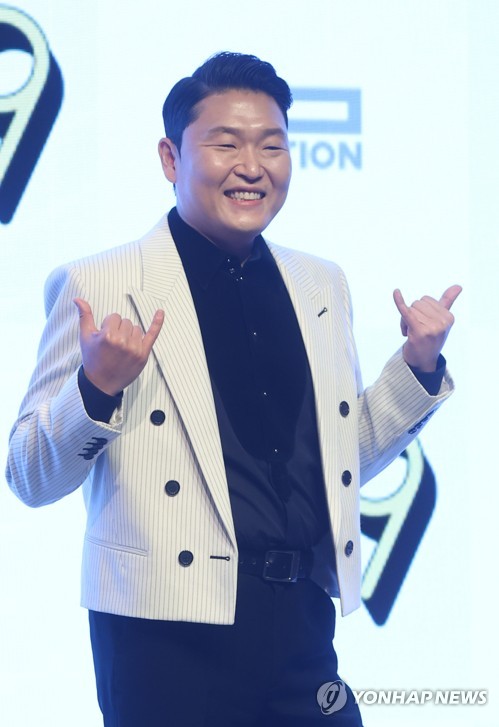 Earlier in the day, his agency P Nation announced that the artist's 2012 global hit "Gangnam Style" exceeded 4.4 billion streams on YouTube on Thursday.

"It is a very special song to me," Psy said of the viral single. "It is like the biggest trophy on display in a corner of my room."

Unveiled in July 2012, the main track from his sixth full-length album became a global sensation as its comical music video and the singer's trademark horse dance went viral. The song made him the first K-pop act to rise to No. 2 on the Billboard's Hot 100 main singles chart and became the first-ever Korean-language song to enter the chart. Psy spent a total of seven weeks in the position. 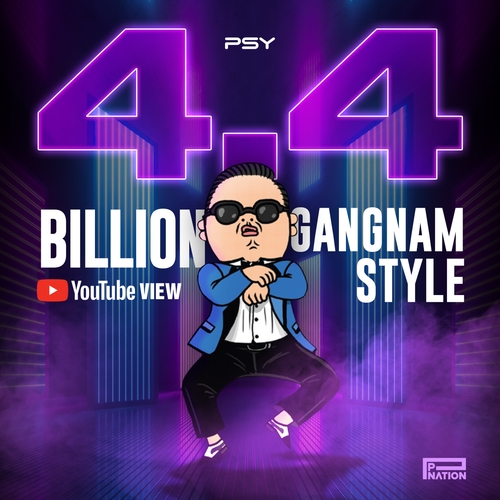 The song's music video became the first video to exceed YouTube's view limit when it surpassed 2 billion views in May 2014, prompting the service to upgrade its counter.

Following Psy's global feats, YouTube emerged as an important channel to promote K-pop artists based on the number of views, not just a platform to upload music videos.

"The number of radio airplay remains a high wall for even famous Korean artists like BTS and BLACKPINK because they mainly sing foreign-language songs. That's why YouTube is your weapon," Psy said. "After 'Gangnam Style,' Billboard reduced the share of radio airplay and increased that of YouTube (in measuring popularity of songs). I'm proud that I played a role in this," he added.