The first two are ex-members of the now-disbanded girl group IZ*ONE, while Huh was a contestant on the TV survival show "Produce 48."

The upcoming EP depicts a story of the six members who "move forward fearlessly without being swayed by other people," according to the agency. Including the title track, the EP has a total of five songs of various genres, such as alternative pop, disco-punk and R&B. The four others are "The World Is My Oyster," "Blue Flame," "The Great Mermaid" and "Sour Grapes."

Hybe Chairman Bang Si-hyuk, who is the mastermind behind BTS, participated in the production of the title track and "The Great Mermaid" while members Kim Chaewon and Huh Yunjin penned the lyrics for "Blue Flame."

"Fearless" is a punk-based alternative pop genre number driven by heavy basslines and groovy rhythms, according to the agency. Besides Bang, Blvsh, who worked on BTS' song "Life Goes On" (2020), and American pop artist Destiny Rogers took part in producing "Fearless."

The upcoming EP had sold over 380,000 copies in preorders until Friday, the agency said, as it drew high anticipation from K-pop fans at home and abroad.

After the album's release, the band is set to hold an online and offline showcase for fans at the Jangchung Arena, an indoor sports stadium in Seoul that can house 4,000 people. 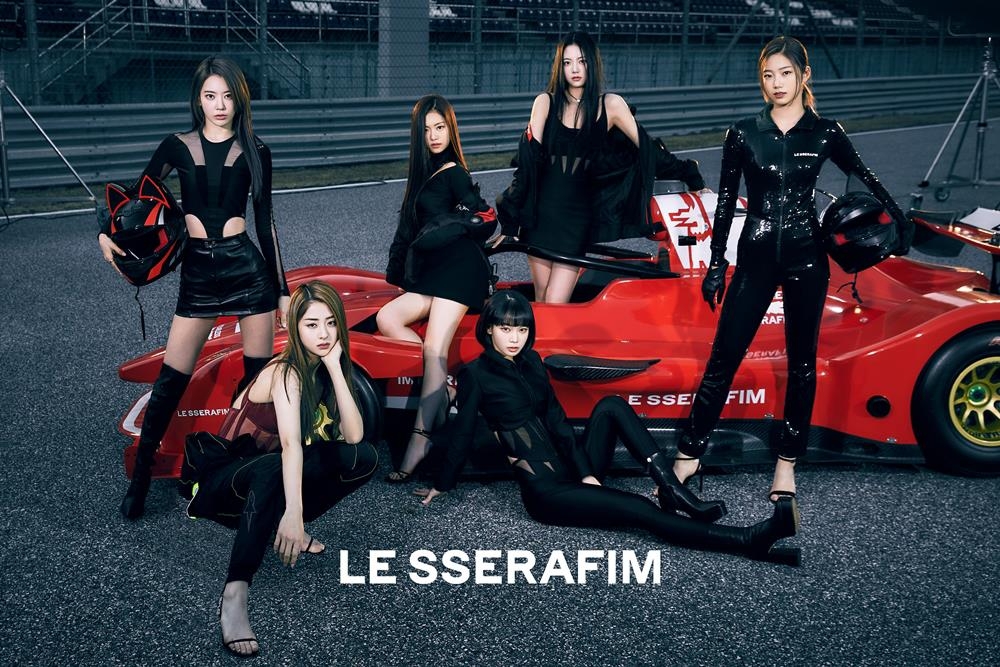