SEOUL, May 2 (Yonhap) -- South Korea's new COVID-19 cases fell to around 20,000 on Monday, marking the lowest level in nearly three months, as the country lifted the outdoor mask mandate in a major step toward regaining normalcy.

The country reported 20,084 new COVID-19 infections, including 26 from overseas, bringing the total caseload to 17,295,733, the Korea Disease Control and Prevention Agency (KDCA) said.

Monday's tally is a marked drop from the previous day's 37,771 and is the lowest figure since Feb. 1, when the daily count stood at 18,334 amid the fast spread of the virus due to the highly transmissible omicron variant.

Since January, the country had experienced a drastic increase in new infections, with the figure soaring to over 620,000 in March. But the number has been on a gradual decrease to come down to five digits since around early April.

The number of critically ill patients came to 461, down 32 from the previous day's 493, according to the health authorities. 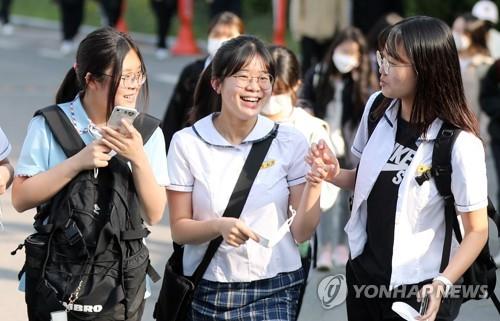 In line with the recent downward trend, the government scrapped the outdoor mask mandate starting Monday, except for large gatherings of 50 or more.

The restriction had been in place since October 2020, and those violating the rule could have faced fines.

But the relaxation decision came as the peak of the omicron-driven virus wave passed and the country has maintained a stable medical response system, according to officials.

Mask wearing, however, is still recommended when it is difficult for people to keep a 1-meter distance from each other at gatherings and in circumstances where lots of droplets of saliva could be expelled, such as shouting and singing.

It is also highly advised for those who have suspected COVID-19 symptoms and who are at high risk of infections.

"Indoor mask wearing needs to be in place for a longer period of time, as daily infections and the number of serious cases have remained at a high level," KDCA official Son Young-rae told reporters.

"We can review potential changes in the policy only when the global virus situation gets stabilized and conditions are met for COVID-19 to be dealt with as an endemic disease," he added.

Last week, the government downgraded the COVID-19 infectious disease level by one notch to the second-highest level of its four-tier system, but it decided to implement a new medical response system and quarantine rules starting late May after a four-week transition period.

The country eased most of the strict social distancing restrictions in mid-April, including private gathering limits and business hour curfews.

As of midnight Sunday, 44.55 million people, or 86.8 percent of the population, had been vaccinated with the first two shots, and 33.13 million people had received the first booster shots, representing 64.5 percent.

The number of those that got the second booster shots came to 2.12 million, which accounted for 4.1 percent of the country's total population, the KDCA said. 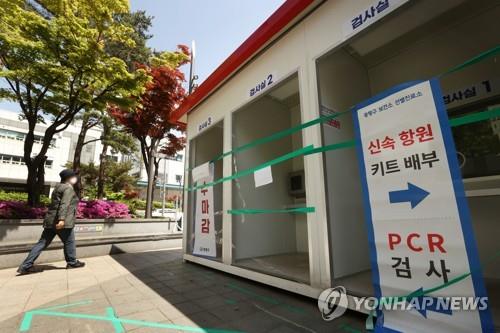 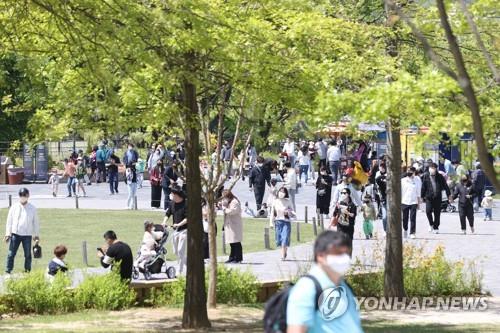