Indonesia, the world's biggest palm oil producer, announced the ban on palm oil exports on April 28, citing a domestic supply squeeze following the war in Ukraine and other factors.

South Korea imports around 340,000 tons of palm oil from Indonesia per year, which is about 56 percent of its total imports of palm oil, according to the Ministry of Trade, Industry and Energy. Palm oil is used for cooking, cosmetics and biodiesel.

South Korea's food industry has an up to four-month stockpile of palm oil.

"As Indonesia's export restrictions could affect broader industry sectors, the government will beef up the monitoring of global supply chains and supply situations of the item at home," the trade ministry said in a release.

It has also been closely assessing the situation regarding the Ukraine crisis and China's lockdown of major cities, according to the ministry.

South Korea's exports to the Commonwealth of Independent States (CIS) sank 46.5 percent to US$610 million in April.

As for trade with Russia, the shipment of vehicles nosedived 97.3 percent during the first 25 days of last month, and those of auto parts and steel products went down 87.4 percent and 89.2 percent, respectively, government data showed.

Sales in China also fell 3.4 percent on-year to $12.94 billion last month due mainly to the country's lockdown of Shanghai and other major cities over the fast spread of COVID-19.

"Uncertainties have grown in the global trade circumstances, which would negatively affect our exports and imports, as the country is heavily dependent on trade for its economic growth," Trade Minister Yeo Han-oo said, vowing the government's utmost support for exporters. 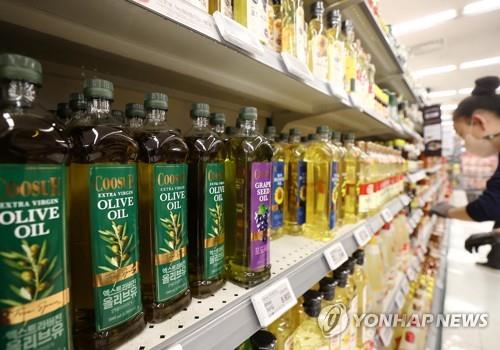