China has opposed Korea's hosting of the THAAD system, arguing the anti-missile asset undermines its security interests. The installation of a THAAD battery here in 2017 triggered apparent Chinese economic retaliation.

"We need to have in-depth discussions on what kind of result we will arrive at following a deep review by the incoming government," he said, noting the importance of insulating the economy from any negative fallout from security matters.

"(Additional THAAD deployment) was proposed to reinforce the air defense of the Seoul metropolitan area, as North Korea threatens us with various missiles," he added. 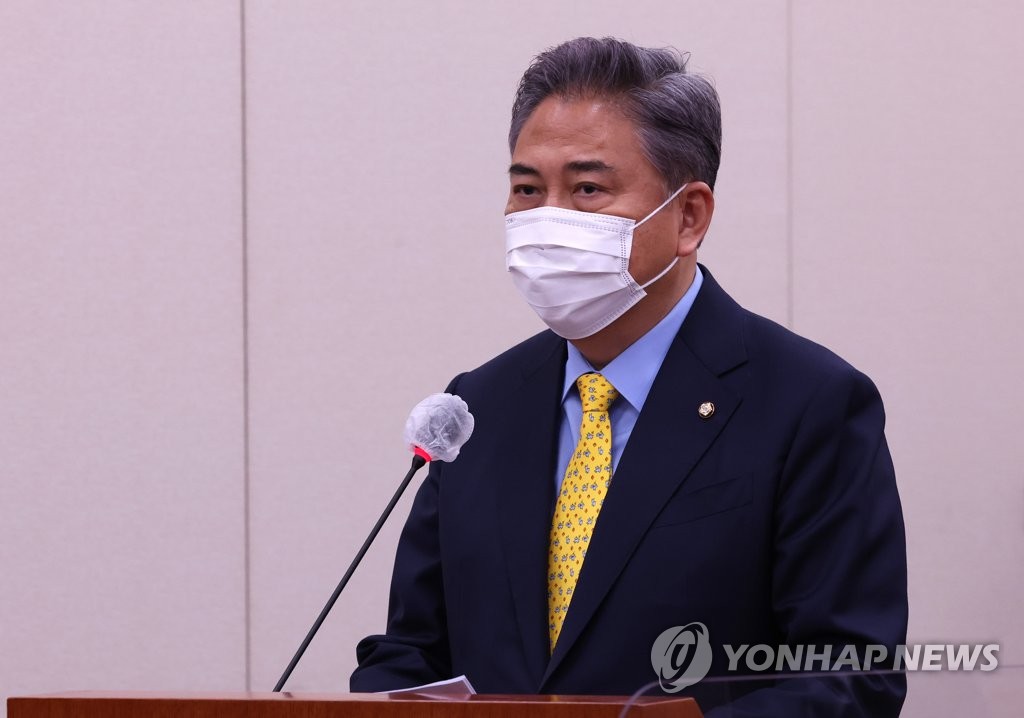 Despite his cautious stance, Park highlighted the "first task" of ensuring U.S. Forces Korea can normally operate its THAAD unit in the southeastern county of Seongju.

Since the THAAD battery was installed here, it has been in the status of "temporary installation" pending South Korea's environmental impact assessment.

"I think that there needs to be an environment for the normal operation of the THAAD battery, as access to the unit has been restricted, while living conditions for troops there are also poor," he said.

The nominee was negative about the idea of redeploying U.S. tactical nuclear weapons to South Korea. Instead, he vowed to reinforce the credibility of America's extended deterrence to South Korea by reactivating the allies' dialogue channel between the allies' foreign affairs and defense officials.

The Yoon administration will also remain committed to international cooperation for the implementation of sanctions on North Korea to make it realize "nothing can be achieved with its nuclear weapons," he said, while reaffirming the door for dialogue will remain open as well.

If Pyongyang moves toward "substantive progress" in denuclearization, the new government will consider providing humanitarian aid and economic cooperation, and discussing a possible peace treaty in coordination with the U.S., he said.

Park vowed to expand partnerships with the U.S. in "new-frontier" fields, including economic security and technologies, to further upgrade the security alliance into a "comprehensive strategic alliance."

He said the new government will seek to play a greater role in the region with a "positive" view on the Biden administration's Indo-Pacific Economic Framework and the issue of whether to join working groups of the Quad, a U.S.-led security partnership also involving Australia, Japan and India.

His first main task will be successfully preparing the summit between Yoon and U.S. President Joe Biden, slated for May 21.