SEOUL, May 2 (Yonhap) -- British star actor Benedict Cumberbatch said Monday he hopes to star in Korean films if he is given a chance, as the country has "some of the most fantastic filmmakers in the world."

"I've been a big fan of Korean cinema before and now," Cumberbatch said in an online press conference with Korean media ahead of the theatrical release of the superhero movie "Doctor Strange in the Multiverse of Madness," or "Doctor Strange 2."

"As far as being in a Korean film, why not? You have some of the most fantastic filmmakers in the world," he said. "I wish it happens."

He said he had enjoyed his last trip to Seoul in 2018, when he visited South Korea on a promotional tour for "Avengers: Infinity War."

Cumberbatch, who rose to international fame for his role in the British TV series "Sherlock," joined the Marvel Cinematic Universe films with "Doctor Strange" (2016) and subsequently starred in six Marvel films, including "Spider-Man: No Way Home" (2021), as Doctor Strange over the past six years.

Directed by Sam Raimi, "Doctor Strange 2," the sequel to the 2016 film based on the Marvel Comics character Doctor Strange, is part of Phase Four of the MCU, featuring Doctor Stephen Strange's adventure into the multiverse to face a mysterious new adversary.

Cumberbatch said the upcoming film is the "gateway" into the multiverse, the core concept in Phase Four of the MCU, and shows the evolution and development of the main character, who grows into a genuine superhero from a selfish neurosurgeon.

"This is the next chapter of the MCU. It unfolds the multiverse and my character is the very much gateway into that," he said. "I think the multiverse explores that idea in a fantastical realm where we can get to understand many other versions to do with different choices and different pasts and consequences, the choices' results." 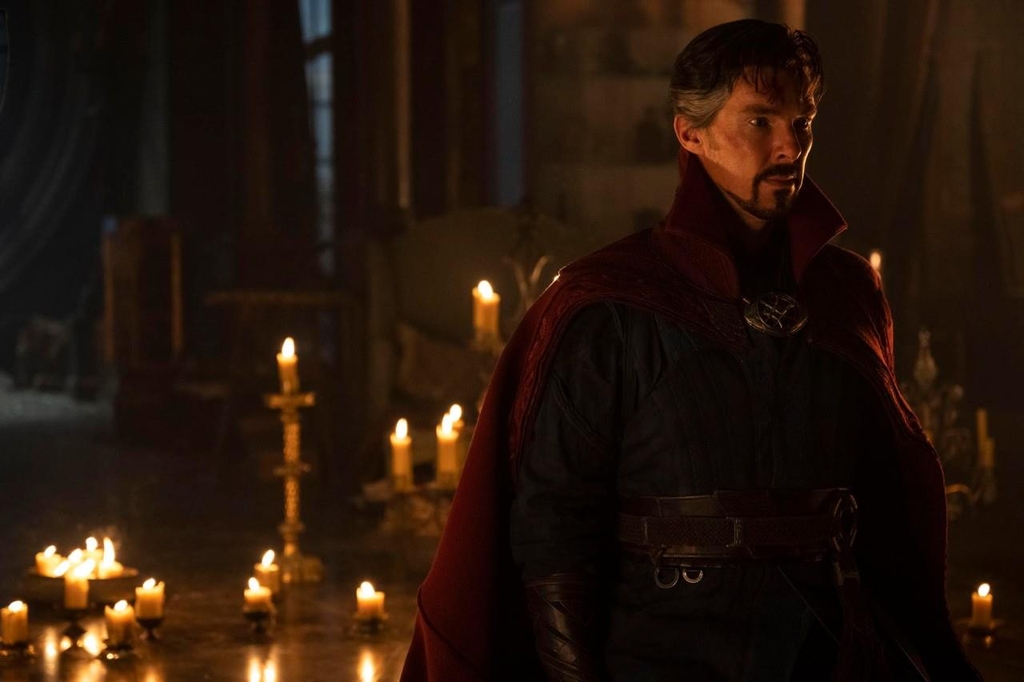 Moreover, the actor noted that "Doctor Strange 2" will be a little bit different from other Marvel comics films thanks to director Raimi, who is well known for superhero movie series, like "Spider-Man," and also horror films including "The Evil Dead" (1981) and "Drag Me to Hell" (2009).

"It's definitely the darkest and scariest so far. The combination of that with the superhero genre is the perfect ingredient for Sam Raimi to work with," he said. "For fans of his horror work, there was wonderful sort of schlock horror moments and there's also jump scares and all that inimitable style that he's known for."

"Doctor Strange 2," scheduled to hit Korean screens this Wednesday, is expected to smash the local box office as its presold tickets reached over 690,000 as of Monday.

It is slightly behind "Spider-Man: No Way Home," which posted 740,000 presold tickets on the eve of release last year. The film became the most-watched film in the pandemic era with more than 7.5 million moviegoers.

"I'm very grateful for my Korean fans, and Doctor Strange's and Marvel Cinematic Universe's fans over there in general," he said. "I'm thrilled at that level of excitements and I can't wait to give you the next iteration of the character I love playing for you." 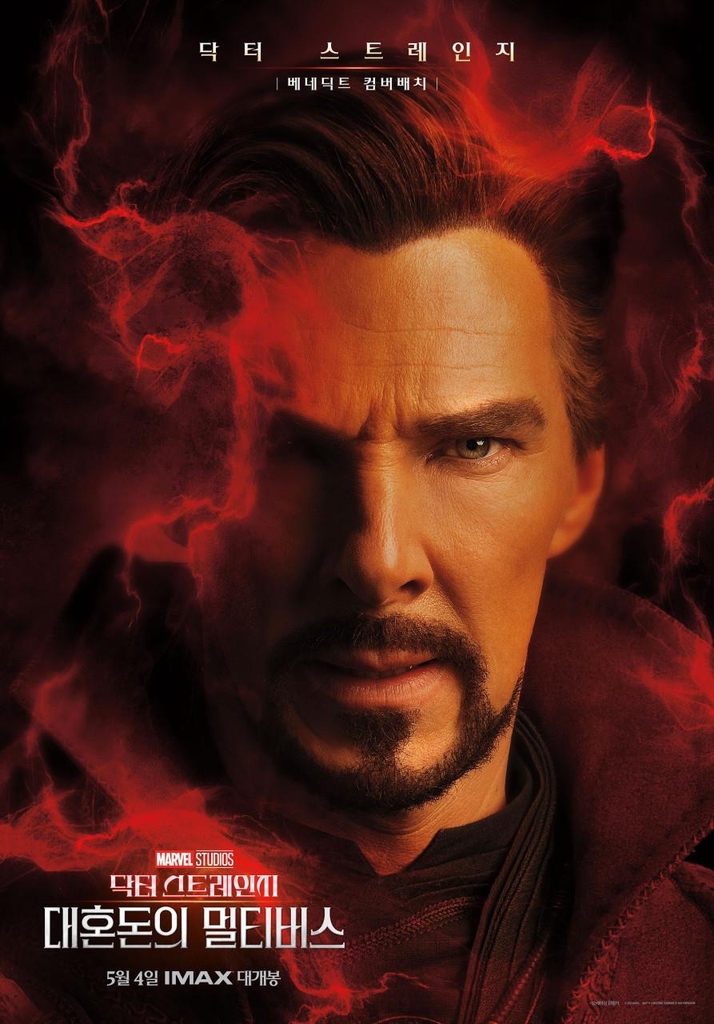