South Korea can select one region or city suffering from the invasion and renovate telecommunications, transportation, buildings or water supplies, Ponomarenko said during the seminar held at Seoul National University.

He cited Chernihiv, a city of about 300,000 in population northeast of Kyiv, as an example.

"We are very much thankful to the Korean government and its people for humanitarian support ... but we expect the new government to be more proactive towards Ukraine," he said, calling for more attention to the difficulties the war can bring to the international order, people's daily lives and businesses.

"We are counting on South Korea and consider the country as one of our main partners in Asia," he added.

According to the ambassador, much of about US$40 million worth of humanitarian aid that South Korea offered in recent months was sent to Ukraine and used to secure medical supplies and protective gear for people. 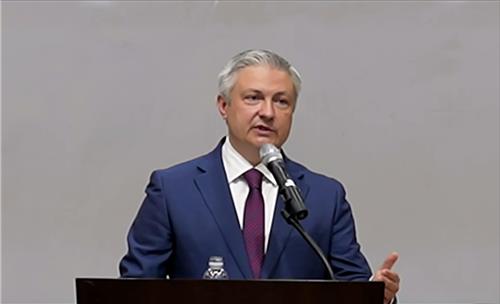